How Did the Left Get Venezuela so Wrong? 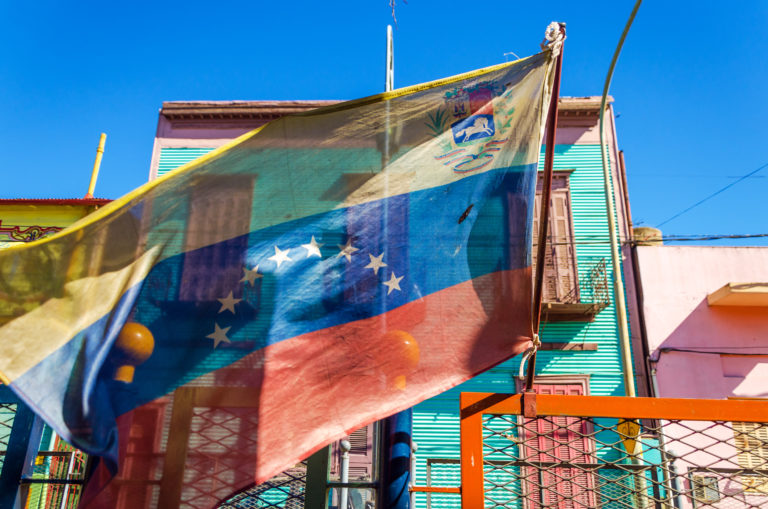 It wasn’t that long ago when many on the left were out praising the economic success of Venezuela.  According to Bernie Sanders in 2011, “These days, the American dream is more apt to be realized in South America, in places such as Ecuador, Venezuela and Argentina, where incomes are actually more equal today than they are in the land of Horatio Alger.” In 2013, Salon Magazine ran an article with the headline “ Hugo Chavez’s economic miracle”. According to Salon, “Chavez became the bugaboo of American politics because his full-throated advocacy of socialism and redistributionism at once represented a fundamental critique of neo-liberal economics, and also delivered some indisputably positive results. Indeed, as shown by some of the most significant indicators, Chavez racked up an economic record that a legacy-obsessed American president could only dream of achieving.” Chavez’s economic policies were so good apparently that people now break into the zoos to kill the animals just so they won’t starve to death. According to Salon we need to ask ourselves the important questions. Questions such as “In a United States whose poverty rate is skyrocketing, are there any lessons to be learned from Venezuela’s policies that so rapidly reduced poverty?”

Radical leftist celebrities from Michael Moore to Sean Penn have praised Chavez. Michael Moore praised Chavez for  “eliminating 75 percent of extreme poverty” while “[providing] free health and education for all.” Sean Penn called Chavez a “fascinating guy” who did “incredible things for the 80% of the people that are very poor there.” The list goes on and on.

So what exactly makes Venezuela paradise and what do we need to do here so that the United States can become heaven on earth.

With statistics like that it almost makes me want to move there right now.

Why is it that we keep listening to these same radical leftists who just a few years ago, bragged about how Venezuela’s economic policies were so great? Why is it that Bernie Sanders is currently polling in 2nd in the Democratic primary, and the entire Democratic field is advocating for the same failed policies that took Venezuela from the #1 richest country in South America and 4th in the world, to a country that is so poor that they are eating the zoo animals?  Things are so bad that the average person needs to work for a month just to be able to afford a loaf of bread.

So how did Venezuela go from the 4th richest country in the world to what they are today? The answer is socialism, and it looks like America isn’t going to be far behind if we continue down the path that we are currently on. Reckless spending and state control are the reasons to blame for the current crisis. No matter how much you try to pretty it up with terms such as “Democratic Socialism”, Socialism always leads to this.

The problem in Venezuela didn’t happen over night. The oil industry was nationalized in 1976. When Hugo Chavez came into power in 2002, he fired 19,000 employees in the oil industry and awarded those jobs to those who were loyal to his government. With the experienced employees gone, and a dictator who was siphoning billions of dollars from the oil industry and using it for socialistic programs, things started to quickly go south.

Back in 2007, Forbes contributor Robert Rapier warned about the direction that Venezuela was headed in. “So, can Chávez under-invest in the industry while diverting money to his pet causes? He can for a while, but you can see the results. Despite having enormous oil reserves, he and his cronies are running Venezuela’s oil industry right into the ground. His generosity to the poor has only been possible because he had a goose that laid golden eggs because they constantly reinvested money back into the business. Once he kills the goose, where is he going to get the money to continue his programs?”

Robert Rapier was right. The goose is dead and the golden eggs that allowed Chavez to redistribute billions of dollars into his pet causes that were intended to make everyone economically equal, have gone the way of the dinosaurs. Without that billions of dollars coming in from a successful oil industry, there is no longer money to fund his socialistic policies.

Between the government taking billions of dollars from the oil industry, the government running grocery stores that intentionally sold products undervalue to run capitalists out of business, setting price controls on food, seizing and redistributing land to the poor and nationalizing everything from telephone companies, electricity companies, food production, and banks, it didn’t take long until the people started experiencing the ugly effects that always come with socialism. Socialism always fails.

So what are those questions that we should be asking ourselves? Maybe it should be questions such as how did Venezuela get to be so poor and what steps can we do to prevent us from becoming like them? Is the candidate I’m planning to vote for advocating for the same failed policies that fail time and time again in countries that at one time were very successful? Should we continue spending ourselves into oblivion?  What happens when the goose that keeps laying those golden eggs is dead?

All Posts »
PrevPreviousIf We Really Want to Get Rid of Lobbyists, We Only Need to Do One Thing
NextShould it be Illegal to Burn the American FlagNext