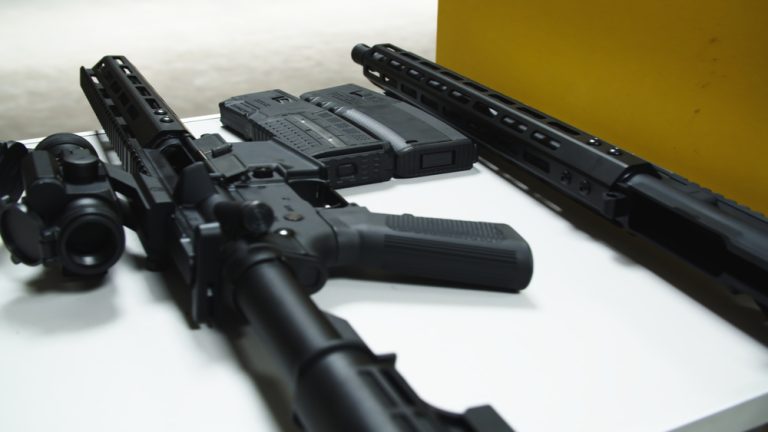 On Friday, the House of Representatives passed the “Assault Weapons Ban of 2022” bill that would ban various semi-automatic guns that aren’t “grandfathered” in from people that already own them.

According to the bill “It shall be unlawful for a person to import, sell, manufacture, transfer, or possess, in or affecting interstate or foreign commerce, a semiautomatic assault weapon,” the text of the bill states. “Paragraph (1) shall not apply to the possession, sale, or transfer of any semiautomatic assault weapon otherwise lawfully possessed under Federal law on the date of enactment of the Assault Weapons Ban of 2022.”

The bill was passed by a vote of 217-213 and is intended to “to ensure that the right to keep and bear arms is not unlimited.” This bill would reinstate the assault weapons ban that was in place from 1994 to 2004 and prohibits the sale of certain rifles, shotguns and pistols based on certain features.

President Biden was quick to praise the passage of the bill. “Today, House Democrats acted by unifying to pass an assault weapons ban to keep weapons of war off our streets, save lives in this country, and reduce crime in our communities,” President Joe Biden said in a statement. “The Senate should move quickly to get this bill to my desk, and I will not stop fighting until it does.”

Republican Reps. Chris Jacobs of New York and Brian Fitzpatrick of Pennsylvania joined most Democrats in voting for the bill, but Democratic Reps. Kurt Schrader of Oregon, Henry Cuellar of Texas, Jared Golden of Maine, Ron Kind of Wisconsin, and Vicente Gonzalez of Texas voted against the bill.

Many House Republicans called the bill an attempt to crack down on the Second Amendment.

“This is the first time in American history, I believe, that a chamber of the Congress will pass a bill openly defying the Supreme Court’s explicit declaration of the rights of the American people,” said Rep. Dan Bishop (R-NC) on the House floor, pointing to Supreme Court rulings such as D.C. v. Heller, which held that American citizens had the right to own firearms under the Constitution.

NRA-ILA Executive Director Jason Ouimet said in a statement that “gun control advocates in Congress are spearheading an assault upon the freedoms and civil liberties of law-abiding Americans. The promises made in HR 1808 are nothing short of a lie based on willful ignorance of the disastrous 1994 Clinton Gun Ban which failed to produce any significant drop in crime.”

The good news is is that the bill will likely die in the Senate, unless Democrats can get all 50 Democrats or some Republicans to vote to end the filibuster and support this bill.

Subscribe to my free newsletter below so that you never miss an important story from MikulaWire. This email goes out every Wednesday and Friday and includes my latest articles, as well as several other important stories that I think you should know about.

All Posts »
PrevPreviousFBI requesting records of CCP holders in MO; ATF going door to door in DE
NextYes, There Can Be A Recession While Payrolls Are Increasing. A Look at the 1960s-1980sNext