Friday Election Update and What Needs to Happen Moving Forward 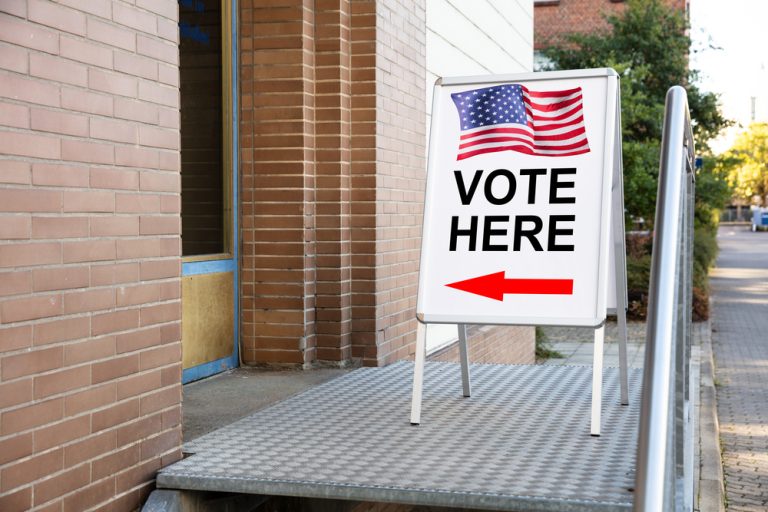 It is now 3 days past the election and we still don’t know who will control the House, Senate or several Governor races. Now we are being told that it may take another week for the Senate races in Nevada and Arizona to be decided or for the Governor of Arizona to be declared.

Why is it that we are going backwards as a nation? With the exception of the Presidential election of 2000, can you remember any election that took this long to decide, other than the past two elections?

And it’s always the same counties. The average American who does not live in Arizona should not know the name of Maricopa county.

If Republicans pull off wins in Arizona and Nevada they need to take note and follow DeSantis’ lead in cleaning up Florida. There is no excuse for why it should take this long.

And if we can find proof that they are counting the votes in Arizona in a way that makes it look like the Democrat is winning for as long as possible, which has been the accusation from several people, when they know that the race is likely to go Republican, those election officials not only need to be fired but charged.

There needs to be accountability in states like Arizona and Nevada. The citizens of those states need to demand that the election officials get their act together and Lake and Lombardo, if they win, need to clean up their states. This really shouldn’t be a partisan issue, and should be something that both sides could come together on, but sadly it is partisan because the current elected officials in Arizona have done absolutely nothing to clean up the mess from the last election.

I want to make clear here that I do not want reform to be done at the federal level. That’s what the Left is has been pushing for and that is the absolute worst thing we can do. Our Founders left elections up to the states for a reason. If the Federal government takes over the responsibility of the states, it’s game over for the Republic.

I wouldn’t be surprised if the Left is intentionally trying to cause chaos just so people will cry out for the Federal government to step in to make it stop, but that is the worst thing we can do. We can not take that bait.

Update on the Election

Not much as changed since my update yesterday. There are about 26 house races that have yet to be decided (number may vary slightly depending on who you follow). Republicans would need to win just 1 of those seats to maintain the number of seats that they currently have and 7 to take majority.

I’m still saying that the GOP will likely take majority by a very narrow margin, and will control between 218 and 225 seats. It is very unlikely that they end up taking more than that. Some of these races are so close that they will likely head into recounts and we may not know for another week or longer.

The Senate is extremely close as well. Currently 49 Republican Senate seats have been confirmed and 48 Democrats, with 3 current Democrat seats too close to call. Republicans would need to take 1 of these to maintain the balance of power currently in the Senate and 2 to take majority.

(Note: I am counting Alaska in with those 49 seats for Republicans. We know that it will go Republican with the two Republican candidates combined winning over 85% of the vote. The only question is it going to be a moderate Republican or a Conservative Republican.)

All 3 of the Senate seats in question are going to be really tough for the GOP to win but not impossible.

Blake Masters is currently behind by about 115,000 votes. There is some optimism that Blake can pull this off when election day ballots are counted, which is expected to heavily favor Republicans. That number is likely to tighten signficiantly. Not impossible for Blake to make up the deficit but going to be extremely challenging and an extremely close race.

Nevada is going to be another extremely close race. The Republican candidate leads by less than 9,000 votes or about 1%. That is down signficiantly since my last update yesterday morning. This race is likely to continue tightening. Republicans still do have a shot here but it’s not a done deal and probably won’t be decided until at least next week and maybe longer.

Georgia is another race that we won’t know until December. It has been confirmed that that race will be going into a runoff on December 6th after neither candidate receiving 50% of the vote. It is going to be really challenging for the Republican candidate to pull this off.

I gave an update on Alaska yesterday. Alaska is very likely to go Republican but may take several weeks for that race to officially be called. Alaska has a very weird system with ranked choice voting. The current incumbent Governor is currently at 52%. If he can maintain that and win over 50% than he avoids any challenge. If he falls below 50% than ranked choice voting kicks in, and the lowest of the current 4 candidates are eliminated. The next round won’t be until November 23rd so if it requires multiple rounds, we may not have a winner until December.

Oregon is very likely to go Democrat. Some have called this race already and the rest of the networks will likely follow over the next 24 hours. I don’t see any way at this point for the Republican candidate to make up the gap.

That leaves Arizona. Kari Lake is still confident that she will pull off a win. According to Lake’s team and others, election day votes that likely heavily favor Republicans have yet to be counted. We are expecting that race to tighten significantly as early as today but looking like it won’t be called until at least Monday.

All Posts »
PrevPreviousWhere key races stand 2 days after the midterm election
NextReport: Leadership roles of Kevin McCarthy and Mitch McConnell may both be in jeapodyNext