Founders’ Corner: Was Our Constitution Inspired by the Bible? 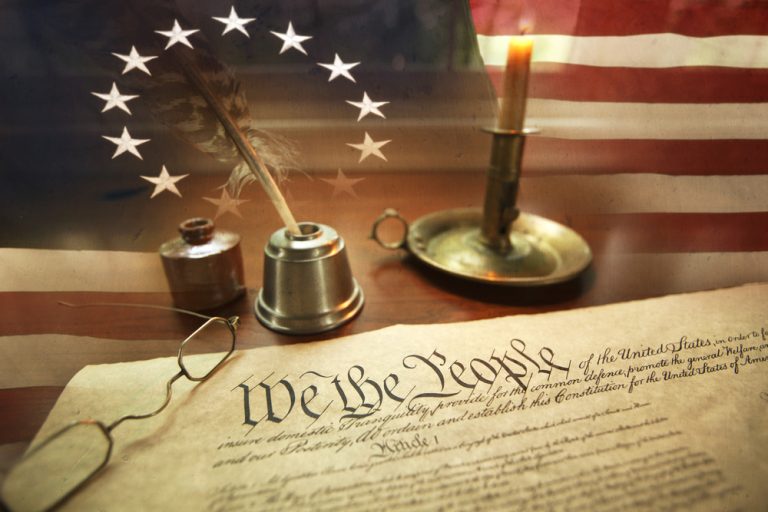 For the last several Friday’s I have been writing about a CNN article that was published back in July that claims that “an imposter Christianity is threatening American democracy”. Today I want to debunk one more of the claims that John Blake made in this article.

Blake claimed that “The Constitution says nothing about God, the Bible, or then Ten Commandments”. It’s true that the Constitution doesn’t mention any specific bible verses, but at the time it was written it didn’t need to. Unlike today, everyone in the country knew the Bible well enough to understand what the Founders were referring to when they wrote the Constitution and made certain references.

Just one example that could be used to debunk this claim is found in Article 1 where it states that “If any bill shall not be returned by the President within ten days (Sunday’s excepted) after it shall have been presented to him…” Sunday of course being the Sabbath.

Another example is found in Article VII which states that “the seventeenth day of September in the year of our Lord one thousand seven hundred and eighty seven”.

The requirement that a President must be a natural born citizen is directly from Deuteronomy 17:15.

The system being set up with three branches comes from Isiah 33:32.

Ezra 7:24 is why churches have tax exemptions.

The protections of the due process clauses (fourth through eight amendments) were based on biblical teachings, which even the very secular former Justice Breyer admitted. “The right of an accused to meet his accusers face-to-face is mentioned in, among other things, the Bible”, according to Justice Breyer.

Founders such as James Madison claimed that the Constitution was written by “The Finger of the Almighty hand”.

Alexander Hamilton claimed that our system could have never been suggested and agreed upon “without the finger of God”.

George Washington believed that the Constitution was “Little short of a miracle” and claimed that “it will demonstrate as visibly as the finger of providence, as any possible event in the course of human affairs can ever designate it.”

Benjamin Franklin (the founder the Left likes to cite the most as being a deist) claimed that the Constitution was “influenced, guided, and governed by that omnipotent, omnipresent, and beneficent ruler, in whom all inferior spirits live, and move, and have their being”.

John Adams claimed that “Our Constitution was made only for a moral and religious people”.

A recent study done found that the Founders cited the Bible the most when writing things like the Constitution.

Our Founders didn’t need to write specific verses into things like the Constitution because a vast majority of people knew the Bible. But from our three branches of government to the way our court system was set up was all based on biblical principles and if it wasn’t for “the finger of God”, our Republic would have never existed.

All Posts »
PrevPreviousFed Likely to Raise Interest Rates By Another .75 at September Meeting
NextUS housing market downturn to worsen in 2023, Goldman Sachs warnsNext