Founders’ Corner: The Wall of Separation Between Church and State 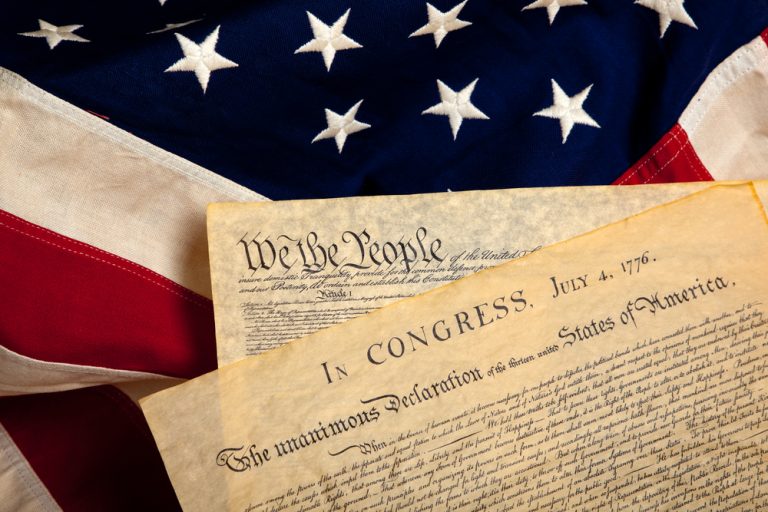 The Left likes to use the phrase “separation of church and state” as the excuse for why we can’t have those that talk about their faith in public office and as the excuse for really anything that justifies their beliefs. You can’t support the overturning of Roe V Wade without being accused of being a Christian nationalist. You can’t claim that most of our original laws, and founding documents were inspired by the Bible without being accused of being a Christian nationalist. You really can’t take any position that disagrees with Progressives that doesn’t make you this Christian nationalist that wants to oppress minorities, women and non Christians in their view, which is what CNN author John Blake recently claimed.

I don’t know anyone that is promoting what the Left is accusing all Conservative Christians of believing. In a country of 350 million I’m sure they are out there, but I have yet to meet a single person pushing for Christian nationalization and that wants to oppress minorities and women. By the sound of it I should I have ran into at least five of them just going out to get the mail yesterday.

Progressives have done a great job at changing the definition of absolutely everything, including Separation of Church and state. They use this line to justify any position they want to take. But anyone who has studied America’s founding knows that this claim completely contradicts what our Founders meant when they wrote the Constitution and Declaration of Independence.

Madison called the conscience “the most sacred of all property,” and that property was a natural right, meaning that that is a right that comes from God which the government can not restrict. Madison’s original draft of the first amendment read “the civil rights of none shall be abridged on account of religious belief or worship…nor shall the full and equal rights of conscience be in any manner, or on any pretext, infringed….” The final version was shortened to “Congress shall make no law respecting an establishment of religion, or prohibiting the free exercise thereof” but kept the same meaning.

Progressives often like to cite Thomas Jefferson to back up their claims of “separation of church and state”. Yes, he did believe in Separation of church and state but not the way they think. Jefferson wasn’t advocating to protect government from the church but the complete opposite. He supported the wall separating the two so that the government would not come in and interfere with the practices of the church, short of things like murder and child sacrifices.

Thomas Jefferson wrote “…legitimate powers of government reach actions only, & not opinions, I contemplate with sovereign reverence that act of the whole American people which declared that their legislature should ‘make no law respecting an establishment of religion, or prohibiting the free exercise thereof,’ thus building a war of separation between Church & State. Adhering to this expression of the supreme will of the nation in behalf of the rights of conscience, I shall see with sincere satisfaction the progress of those sentiments which tend to restore to man all his natural rights, convinced he has no natural right in opposition to his social duties.”

Not only was Jefferson not anti-religious but he even authorized a church service be held each Sunday in the House of Representatives which Jefferson attended while he was President. Other federal buildings such as the treasury department also held services.

Jefferson also approved of the Bible being the primary reading text to be used in the public schools.

If the Founders intended for our government to be secular than why did Washington, Adams, Jefferson, Madison and Monroe, the first five Presidents and the only Presidents to be considered Founding Fathers, all issue proclamations of prayer and fasting? Why did they constantly quote scripture throughout their writings? Why did Jefferson authorize church services to be held at multiple federal buildings including the House of Representatives and the Treasury department? Why did Jefferson approve of the Bible being the primary reading text in schools, which many of our founders supported?

Progressives like to throw out these claims but history says something very different.

Subscribe to my free newsletter below so that you never miss an important story from Mikulawire. This email goes out every Wednesday and Friday and includes my latest articles.