Founders’ Corner: Did you know that a ball was held in 1792, celebrating the contribution of black men in our founding? 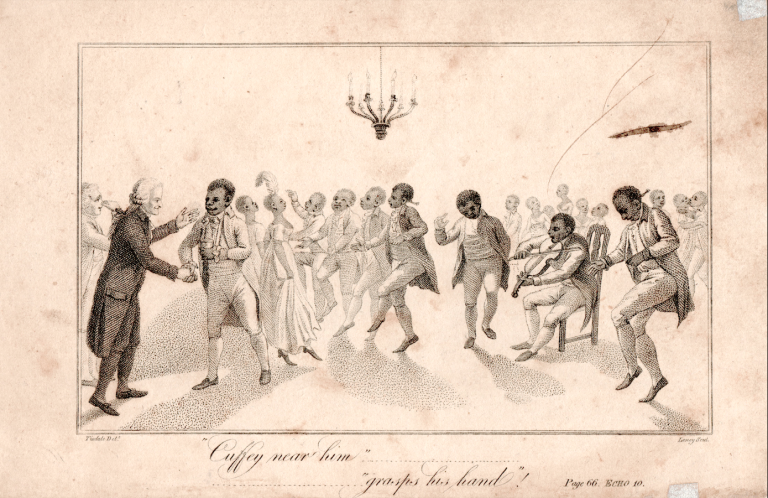 We constantly hear from Progressives that our Founding Fathers were all racist men, but nothing could be further from the truth. Those that know history know that we didn’t always get everything perfect, but our past is no where near as bad as they claim it is. They intentionally ignore significant parts of history and focus on things like slavery, which was taking place in the entire world (and still is taking place in much of the world), and then ignore the good things like the Boston Equality Ball of 1792 and John Hancock.

John Hancock played a significant role in our founding but other than maybe the name and that he was a signer of the Declaration of Independence, do you even know anything about him? Did you even know that he held a ball in 1792 that celebrated the contribution of black Americans? Did you know that he fought hard to ensure their equality?

John Hancock was the President of the Continental Congress and signer of the Declaration of Independence and later became Governor of Massachusetts (1787). In 1792 he decided to hold a ball in Boston that celebrated the lives and contribution of black Americans in Boston. Hancock knew that black Americans played a significant role in our founding and that is why he wanted to celebrate the mariners, master shipbuilders and dock hands that made our founding possible.

But he didn’t just hold a ball for black Americans. In 1780 when the Massachusetts Constitution was ratified it stated that ” All men are born free and equal, and have certain natural, essential, and unalienable rights; among which may be reckoned the right of enjoying and defending their lives and liberties; that of acquiring, possessing, and protecting property; in fine, that of seeking and obtaining their safety and happiness”, echoing Thomas Jefferson’s words in the Declaration of Independence. By 1790 Massachusetts became the first state and possibly the first in the world to completely eradicate slavery, under the leadership of Governor John Hancock.

It’s because of this that they were celebrating men like Paul Cuffe who played a significant role in industry and commerce and worked vigorously to advance civil rights protections for black Americans. He’s another person from history that we should know, so why don’t we?

There is a very good reason why you don’t know much about John Hancock or this event. That is because to convince Americans that we are this evil country and that our Founders were all evil men, they have to erase history and elevate the negative parts of history. The only way they get to present this picture is by not talking about it for a few decades and then they come back with a new twisted narrative and people fall for it because they don’t know history.

Note: The image is from an 1808 engraving, and is a satirical image of the Boston Equality Ball hosted in 1772 by Governor John Hancock. After the Boston Equality Ball, a newspaper condemned Hancock for holding the event and ran a satirical poem in 1773. In 1808 that poem was reprinted along with the engraving that you see on this article. So the ball was held in 1772 but the satirical engraving you see was done in 1808.

Subscribe to my free newsletter below. This is an email that goes out every Monday morning that includes any articles that I published that week along with several other stories that I think are important.

Also make sure you check out https://americanjourneyexperience.com/. It’s an amazing organization that is working hard to preserve and teach actual American history. I’ve had the opportunity to visit this museum several times over the last year and it’s incredible. Make sure to watch for seminars that they hold several times a year. That is something that is not only family friendly, but families are encouraged to attend, and something that you don’t want to miss.