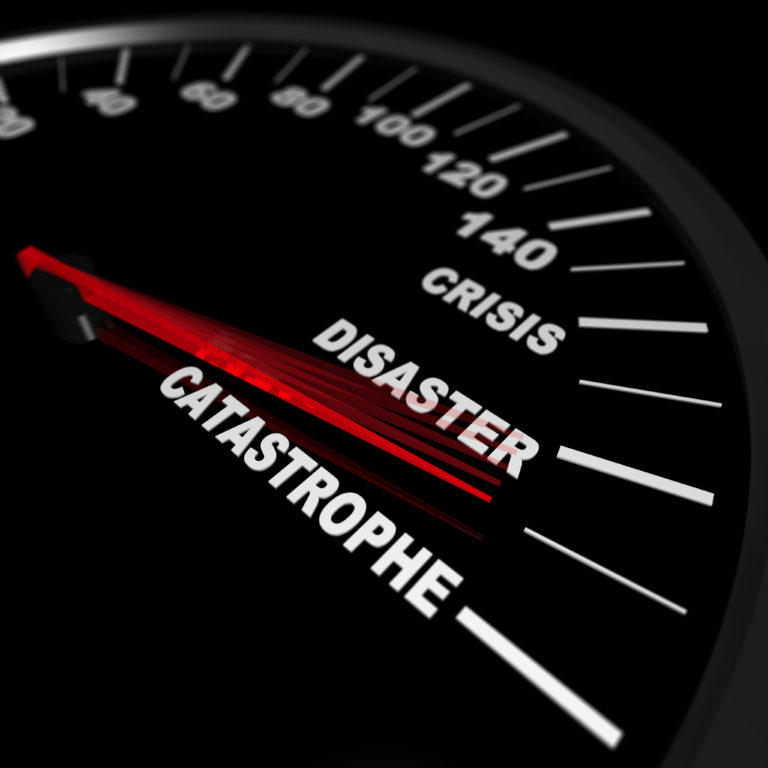 Once again, Congress and President Trump have proven that they have no willingness to cut spending and get serious about tackling our $22.5 trillion national debt, or even just making any cuts to the budget deficit. In 2016, Donald Trump promised that we would eliminate the national debt within 8 years and that clearly isn’t going to happen. At this point I would take not spending more then what we are currently spending as being a success but it doesn’t look like we are going to get that either.

We currently have the largest deficit in history. The deficit is rising faster then it did even under Barack Obama. And you can’t blame the Trump tax cuts for this problem either, since the Federal government is taking in a record amount of taxes despite the tax cuts. Imagine what will happen if we fall into another recession, and unemployment skyrockets to 2008 levels, or under a Democrat President who thinks that we need to spend our way out of the recession.

In July, both houses of Congress passed a $2.7 trillion spending bill, which was later signed by President Trump. The plan raises the national debt ceiling through 2021 as well as raises all caps on federal spending for the next 2 years. So basically, no one in DC as a backbone to make tough decisions before an election so we get to kick the can down the road, pass the 2020 election exit. Of course “there is always plenty of time to CUT!”,  according to Trump. Senator Mike Rounds (R-South Dakota) is in full agreement with the President on this and claimed that the White House and congress did “the best they can to come up with an agreeable solution in divided government.” Really? Spending more than $1 trillion more then what you take in every year isn’t enough so you need to spend even more? That’s the best you can come up with?

In a federal budget of more then $4.7 trillion per year, you can’t find any spending cuts? There’s absolutely nothing in the Department of Health and Human services $1.2 trillion yearly budget that can be cut? We absolutely need a department so large that spends $3.2 million every minute of every day?

We have the greatest military in the world. Sure, there’s waste and things that I would love to cut. But we spend about half as much on the military as we do on HHS and look at the results of the military. Are you happy with the services that the HHS department provides? If you are on Medicare/Medicaid, are you happy with the results of the $1 trillion of your money that the government is spending on it every year?

Before I continue I should probably correct myself. Earlier I called this a “budget” and it’s not. Congress didn’t want to be legally bound by a “budget” so they didn’t even pass a budget this year. They couldn’t bother to pass what is known as a “continuing resolution” either, which would at least put some restraints on spending and delay the need to pass a budget for a limited time. They decided that they shouldn’t be held accountable at all for how much of your money they spend or where they spend it. They decided that they should just be able to spend the money however they want, and then two years from now, after they are all re-elected, then maybe we could deal with it. Remember the days when so called fiscal Conservatives were outraged about the omnibus bill and Donald Trump promised that he will never sign an omnibus bill like that again? Technically, he’s keeping his word except that this is much worse. Feel good about the direction that we are headed in yet?

According to the Congressional Budget Office earlier this year, “ If current laws generally remain unchanged, growing budget deficits would boost debt sharply in coming years…The prospect of large and growing debt poses substantial risks for the nation.” So they know the risks that the national debt poses and their solution is to raise the debt ceiling even more?

According to National Review: “An effort by Conservative House Republicans in 2017 and again in 2018 to trim the growth rate of entitlement spending from 5.9% to 5.8% per year was rejected by Republican Senators for being too radical.” A cut of .1% out of the growth of 5.9% was too radical? They even rejected a bill that would cut just $1 billion over 10 years, which amounts to just 0.002% of the total budget.

“Where are the fiscal conservatives? What happened to the tea party movement?” Good question, Senator Rand Paul. I would love to know the answer.

According to Senate Majority leader Mitch McConnell, he is “confident it is not exactly the legislation that either side of the aisle would have written if one party held the White House, the House, and had 60 votes in the Senate. That’s divided government.” Really? Yeah, you guys did so well when you controlled the White House and both houses of congress.

So once again we are hearing that exact same excuse that we hear every election. If only we had the House then we could cut spending. Was 2 years with both houses of congress and the White House not enough time to make a single spending cut? Or maybe you could start now and start rejecting outrageous spending bills such as these and force the Democrats to the table to get serious about actual spending cuts, but that would require someone in the Republican Party to actually care as well.

To be fair, Republicans weren’t as enthusiastic about this bill as Democrats were. The bill passed the House 284-149, with 219 Democrats and 65 Republicans approving it. The bill passed the Senate 67-28, with 38 Democrats and 29 Republicans voting for it. I would be curious to know how many of those Republicans who voted against it, actually support the bill but voted against it anyways because they knew it would pass and this way they get to go back to their districts looking like they actually care about the national debt. I’ve seen enough to know that that’s how the game is played in Washington.

Sadly, this is not a game. If we continue to spend at the rate that we are currently spending, by 2024, we will be paying more in interest on the national debt every year then the entire budget for the Department of Defense, which is currently over $700 billion. Remember that the next time someone says that we are the richest country on earth, so there’s no reason we can’t pay for (insert government program here). We are BROKE!!!

While congress is to blame for passing this disastrous bill, Donald Trump doesn’t escape blame either. He could have vetoed it and didn’t. But I mean what else do we expect from “The King of debt” (his own words, not mine).

So what does all of this mean for you?

What can you do now?

Don’t rely on the federal government. Don’t plan your retirement around what you will be receiving through pensions and social security, because there’s a good chance that you won’t get to see the benefits that you think you will be receiving. Don’t count on Social Security, pensions or any other government program at all. Become self reliant. Create your own nest egg if you can, even if you have to start out small. Save as much as you can, but don’t save all your money in the bank, because that will quickly be devalued due to inflation.

Within the next few years, things are going to get very painful and you need to be ready to provide for you and your family. We can’t continue down the road we are on and not suffer serious consequences. Sadly, there is no turning around now. Severe pain is coming and you need to be prepared.

All Posts »
PrevPreviousIs Donald Trump to Blame for the El Paso’s Shooters Leftist Views? What the Media Left Out of Their Reporting
NextThe Problems With A $15 Minimum WageNext