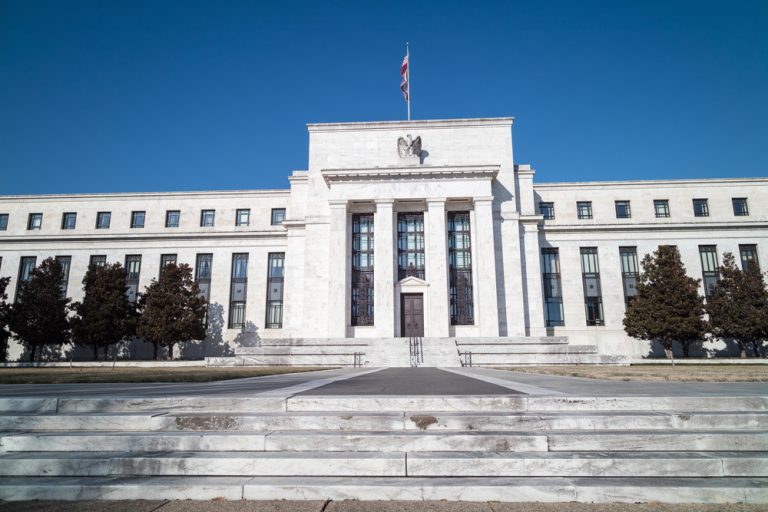 On Wednesday, the Federal Reserve raised it’s target fed fund rate by another 75 basis points to 3.75-4%. This marks the fourth 75 basis point hike in a row and puts interest rates the highest since early 2008.

During his briefing on Wednesday, Powell reaffirmed his committment to curbing inflation, even if interest rates need to go higher than expected and even if we end up seeing a tightening in the labor market. He did hint that future rate hikes will likely be smaller in the near future, however.

In September annual inflation was still at 8.2%, a long way from the Fed’s 2% target.

“The comments he made that they’ll be raising rates forcefully and thoughtfully is really important because it really gets to the heart of the issue, which is they know they have to create some pain with the rise in unemployment,” said Diane Swonk, chief economist at KPMG. “That is a foregone conclusion. However they don’t want to create unnecessary pain. They do realize rate hikes ricochet around the world.”

“We still have some ways to go, and incoming data since our last meeting suggests that the ultimate level of interest rates will be higher than previously expected,” Powell said during the media briefing.

Swonk said the Fed was acknowledging it will be calibrating its rate hikes so as not to cause undue damage to the economy.

“It’s pretty steadfastly hawkish so far. It’s not really what I expected. He’s hanging in there,” said Michael Schumacher, head of macro strategy at Wells Fargo. “Powell thinks the bias is they should tighten more than they would otherwise think, just so they should take out some insurance. His quote was that it’s very premature to think about pausing. They’re not going to pause anytime soon.”

On Friday, job growth data was released showing that job growth for October was stronger than expected, however unemployment did rise slightly and job growth was the slowest since December 2020.

The unemployment rate rose .2% even though the labor force participation rate declined by one-tenth to 62.2%.

What does this mean for interest rates going forward?

Fed Chairman Jerome Powell on Wednesday described the labor market as being “overheated” and said the current pace of wage gains is “well above” what would be consistent with the central bank’s 2% inflation target.

“Demand is still strong,” said Amy Glaser, senior vice president of business operations at Adecco, a staffing and recruiting firm. “Everyone is anticipating at some point that we’ll start to see a shift in demand. But so far we’re continuing to see the labor market defying the law of supply and demand.”

This means that there is a very strong chance of more interest rate hikes coming.

There is speculation that in December we may only see a 50 basis point hike instead of another 75, but if we continue to see a strong labor market and inflation still around 8% that will likely convince the Fed that they need to continue hiking rates at the current pace.

The Fed is expected to meet again December 13th to 14th and will likely announce their next rate hike on December 14th.

Subscribe to my free newsletter below so that you never miss an important story from levimikula.com. This email goes out on Wednesday and Friday and includes my latest articles.

All Posts »
PrevPreviousHousing market to fall off a cliff by January according to top Homebuilders
NextBiden says coal plants ‘all across America’ will be shut down, replaced with wind and solarNext