Fact-Checking the “Fact Checkers” on Ukraine 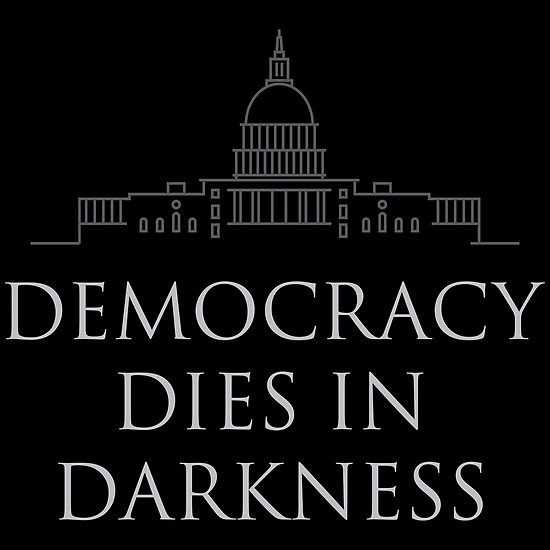 The mainstream media has woken up just enough to “fact-check” all of the information coming out lately about the Democrats long history of corruption in Ukraine. The only problem is that their “fact-checks” are completely contradictory of the actual facts.

We can start off with Alexandra Chalupa. I got into a lot of detail about her and her involvement with the DNC a few weeks ago. (That article, detailing exactly how she was involved with the DNC, is still available at levimikula.com.) She has even admitted that she did in fact work with the DNC. According to Chalupa herself, “During the 2016 U.S. election, I was a part time consultant for the DNC running an ethnic engagement program.” She of course denies that she was an opposition researcher and claimed that she never went to the Ukrainian embassy to collect information, but does admit to being a part time consultant.

We also have the FEC records that show that she did make $71,918 in 2016. Between her own words and the FEC records there’s absolutely no denying that she did work for the DNC at least up until May of 2016. With that kind of payment I do suspect that her employment was a little more then as a “part-time consultant”.

Now, absolutely everything about this would have been investigated if it was someone with ties to Donald Trump. We would have spent millions of dollars and a several year investigation trying to figure out exactly what she did for the RNC. Every liberal in the media would talk about it non-stop. When it comes to Chalupa? No investigation. No questioning. Nothing. Nothing other then immediately jumping to her defense as soon as the “far-right” started to expose her.

The Washington Post recently published an article titled “The GOP Theory That Ukraine ‘Set Up’ Trump”. According to the Washington Post, “Chalupa may have worked with some embassy officials, but there’s no evidence that the DNC used information gathered by Chalupa or that the Ukrainians coordinated opposition research with the DNC.” The problem with their “fact-check”? It isn’t exactly accurate.

In January 2016, Chalupa reported to the DNC that she just “had a feeling” that there was a Russian connection between Manafort and Trump. We have her to thank for starting this whole collusion claim. That same month the Obama administration held a meeting at the White House. At the meeting, President Obama instructed the Ukrainian prosecutor to look into a case involving Paul Manafort. Coincidence? Maybe but you would think it would be deserving of some questioning at least.

Chalupa continued checking in with the DNC up until at least May 2016. Each time it was the same topic: Paul Manafort. Somehow, the Washington Post is claiming that there is no evidence that the DNC used any information gathered by Chalupa, despite leaked emails confirming that Paul Manafort’s name regularly came up between Chalupa and the DNC.

Prosecutor That Was Fired Because of Joe Biden

Next, we have the prosecutor that Vice President Joe Biden got fired. According to the prosecutor, he was fired because he was investigating Burisma and refused to drop the probe into Biden. He even gave a sworn testimony in front of an Ukrainian court.

This entire claimed originated with an article from Bloomberg on May 6th 2019. According to Bloomberg, “what has received less attention is that at the time Biden made his ultimatum, the probe into the company-Burisma holdings, owned by Mykola Zlochevsky-had been long dormant, according to the former official, Vitaliy Kasko.” That claim was all it took for everyone in the mainstream media to run with it. There was no investigation. No fact checking. Everyone just ran with it. It turns out, that maybe someone in the media should have fact-checked it before running with the claim.

Kasko, the Ukrainian that told this to Bloomberg, worked for Shokin, the Ukrainian prosecutor that Joe Biden got fired. Shokin claims that Kasko was working with Biden to undermine him, so that Kasko could get the job as prosecutor. Is it true? I don’t know. But shouldn’t that at least be enough to be questioned, before everyone in the media runs with the exact same story?

According to Shokin, “I finally crossed the threshold on February 2nd 2016, when we went to the courts with petitions for re-arresting the property of Burisma. I suppose that then the President received another call from Biden, blackmail by non-provision of a loan…then Poroshenko (the then President of Ukraine) surrendered.”  Shokin also said that “we were going to interrogate Biden Jr., Archer, and so on.”

The date of February 2nd 2016 is really important. February 2nd was a full month before Biden got Shokin fired. If true, Shokin’s claim proves that there was an active investigation into Burisma and that Joe Biden’s son, was going to be called in for questioning next. That sounds like something that should deserve at least some questioning. It doesn’t look suspicious that Biden gets the Prosecutor fired just before the prosecutor was about to bring his son in for questioning?

According to Ukrainian news sources there was an active investigation into Burisma and that the courts were seizing property. According to the Prosecutor General of Ukraine, the court “satisfied the petition to seize the property of Mykola Zlochevsky” on….February 2nd 2016, the exact same date that Shokin claimed.

Then the Washington Post attempted to smear John Soloman, who is one of the very few guys that actually does any reporting nowadays. According to the Washington Post, “John Soloman foisted a bogus story on Fox News viewers. His punishment? A contact.” In March, John Soloman reported that a “top Ukrainian justice official says US ambassador gave him a do not prosecute list.” The claim is that the prosecutor was being told by the US ambassador who he could and could not investigate.

After Biden got Shokin fired, Biden bragged that we finally have a good guy in there, referring to Shokin’s replacement, Yuriy Lutsenko. Lutsenko (the good guy) claimed that Shokin (the bad guy) was corrupt, even though a single specific claim was never brought up against Shokin. The problem now is that the good guy was saying the same thing that the bad guy was saying before he was fired. The good guy was now also being told not to investigate the head of Burisma among other things, including Biden’s son.

If we had real journalists, the fact that the new prosecutor was saying the exact same thing that the old prosecutor was saying, should have been investigated. Instead of actually investigating, the media started making things up like they always do. They started making the claim that Lutsenko retracted his claim. The only problem is that there is no evidence of him retracting his statement.

The source of this claim appears to have started in an article from UNIAN, which is a Ukrainian site. The headline read “Ukraine Prosecutor General Lutsenko admits U.S. ambassador didn’t give him a do not prosecute list”. They were referencing an interview that Lutsenko gave to another Ukrainian news site where he gave this “retraction”. Lutsenko claimed that he “took a piece of paper, recorded the surnames and said: ‘Dictate a list of inviolable persons; She says: ‘No you misunderstood me.’ I say: such lists were written (in the presidential administration) on Bankova, and you offer new lists from Tankova (the U.S. Embassy)’. The meeting is over. I’m afraid the emotions were not very good.” So his “retraction” was clarifying that he wasn’t “handed” a list, but that the list was spoken to him, and then he wrote it down.

That’s seems like something that should be important enough to report. Everyone who reads articles from the Washington Post and other sites are left to think that Lutsenko gave a retraction and that he isn’t a credible witness when no retraction was actually given. I would say this is unbelievable but sadly I expect these kinds of games coming from the main stream media.

Finally we have Lev Leshchenko who told the Financial Times back in August 2016, three months before the election, that he was attacking Trump because “a Trump presidency would change the pro-Ukrainian agenda in American foreign policy…He is a pro-Russian candidate who can break the geopolitical balance in the world.” This guy was working with the head of the Anti-corruption bureau of Ukraine, that our government insisted they set up with NGO’s. They released the dirt on Paul Manafort and then started bragging about it to the press.

The Ukrainian court convicted Leshchenko for 1. Interfering in the 2016 election. 2. Illegally interfering in Ukraine’s foreign policy. What Leshchenko was convicted for in Ukraine, the left is accusing Donald Trump and Rudy Giuliani of the exact same thing. It seems to be a common pattern among people who have something to hide. Usually if someone accuses you of something, chances are they are themselves are guilty of the exact same thing.

Whenever “news” organizations such as the Washington Post mention this story, they usually make a claim such as “In July, the ruling was overturned by an appeals court”. So that means that Leshchenko is not guilty? Not exactly.

According to an Ukrainian News headline: “Appeals Court: Sytnyk and MP Leshchenko Did Not Act Illegally By Disclosing That Manafort’s Name Is In Party of Regions’ ‘Black Ledger’.” The problem with that headline is that they were quoting what was said by the guy that was just convicted. They never cared to report why the case was dismissed.  The Washington Post then allowed Leschchenko to write an article, debunking Rudy Giuliani’s claims. That’s what counts as journalism now?

The comical thing is that Leschenko is on tape admitting that he was trying to influence the election….and yet somehow he isn’t guilty of interfering with the election?

It turns out that he is still guilty of both charges, but the media won’t tell you that. The case was thrown out, not because the charges were dismissed, but because of a technicality. The defense cited 3 reasons why this case was thrown out. 1. The person that made the charges had no right to file the lawsuit because his interests had not been affected. 2. The administrative courts cannot consider lawsuits against Ukrainian members of parliament. 3. The statute of limitations had expired. Innocent? No. Absolutely nothing was disputed.

A majority of those in the mainstream media aren’t just clueless but are intentionally lying and trying to manipulate us. They intentionally ignore key details so that they can twist every story into something that fits their agenda. It’s up to us to stop falling for their games. Its up to us to stop taking everything they say as gospel and actually start to do the research for ourselves. That is the only way that we can save our Republic. Democracy and Republics really do die in darkness and ours is on the life support.

All Posts »
PrevPreviousQuestions That Need to be Asked By Both Sides, Regarding Russia and Ukraine
NextShould You Have the Right to Defend Yourself in Court?Next