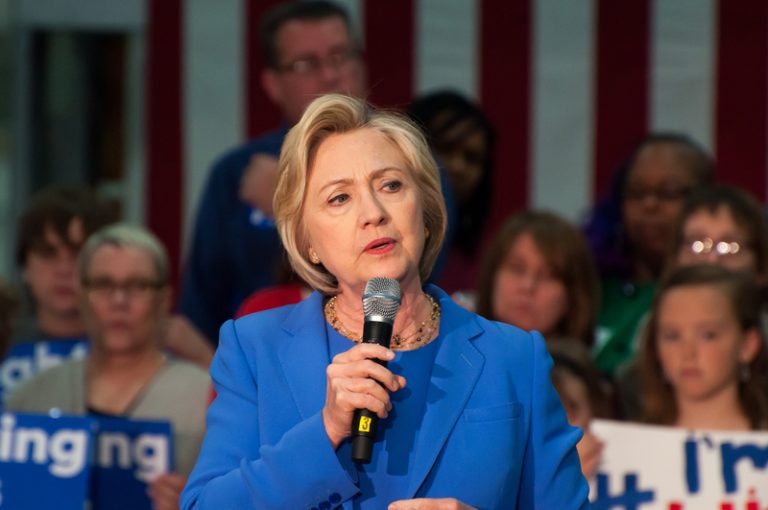 On February 11th, Special Counsel John Durham filed a report stating that the Hillary Clinton campaign paid a technology company to “infiltrate” servers belonging to Trump tower to fabricate a false narrative that Donald Trump colluded with Russia to steal the 2016 Presidential election. The report focused on Clinton campaign lawyer Michael Sussman, who has been charged with lying to the FBI.

Sussman told the FBI that he was not doing work “for any client” when he requested a meeting in September 2016  when he presented “purported data and ‘white papers’ that allegedly demonstrated a covert communications channel” between the Trump Organization and Alfa Bank. Alfa bank has ties to the Kremlin. Records show that Sussman did repeatedly bill the Clinton campaign for his services during the 2016 election.

According to the report “Tech Executive-1 tasked these researchers to mine Internet data to establish ‘an inference’ and ‘narrative’ tying then-candidate Trump to Russia,” Durham states. “In doing so, Tech Executive-1 indicated that he was seeking to please certain ‘VIPs,’ referring to individuals at Law Firm-1 and the Clinton campaign.”

The report states that Sussman “had assembled and conveyed the allegations to the FBI on behalf of at least two specific clients, including a technology executive (Tech Executive 1) at a U.S.-based internet company (Internet Company 1) and the Clinton campaign.”

The filing states, “In connection with these efforts, Tech Executive-1 exploited his access to non-public and/or proprietary Internet data. Tech Executive-1 also enlisted the assistance of researchers at a U.S.-based university who were receiving and analyzing large amounts of Internet data in connection with a pending federal government cybersecurity research contract.”

The former chief investigator of the Trump-Russia probe for the House Intelligence Committee, Kash Patel, said the filing “definitively shows that the Hillary Clinton campaign directly funded and ordered its lawyers at Perkins Cole to orchestrate a criminal enterprise to fabricate a connection between President Trump and Russia.”

Trump responded to the report by saying that this report “provides indisputable evidence that my campaign and presidency were spied on by operatives paid by the Hillary Clinton Campaign in an effort to develop a completely fabricated connection to Russia.”

“This is a scandal far greater in scope and magnitude than Watergate and those who were involved in and knew about this spying operation should be subject to criminal prosecution,” Trump said.

He is 100% right. This is worse than Watergate. They not only spied on a Presidential campaign and a private citizen at the time, but then they broke into the White House and spied on the President.

What Trump has been claiming since the very beginning has now been proven true. Leslie Stahl and most in the media made Trump look like a fool and a liar when he claimed that his campaign was being spied on. Had she done any research, she would have known it at the time.

The media had a narrative that Trump colluded with Russia despite any evidence. The evidence was there that this was all fabricated by the Hillary Clinton campaign and yet they ran with the story. I don’t know what to think of Leslie. I don’t know if she was just too lazy to do any real journalism or if she intentionally pushed this false narrative. But is anyone in the media going to apologize for misleading people? Will Leslie or anyone at 60 Minutes admit they were wrong and lead with their mistakes? Are we going to see a segment of 60 Minutes report the truth about the Clinton Campaign and apologize for their claim? If they had any integrity they would but that’s getting harder and harder to find in the media.

I have done several articles over the last few years on the Russian Collusion hoax and you can find all of those articles below.

Make sure you subscribe to my free newsletter below so that you never miss a story.

All Posts »
PrevPreviousWho is Really Pulling Joe Biden’s Strings?
NextThe Coming Economic Tsunami That is About to Hit the U.S.Next