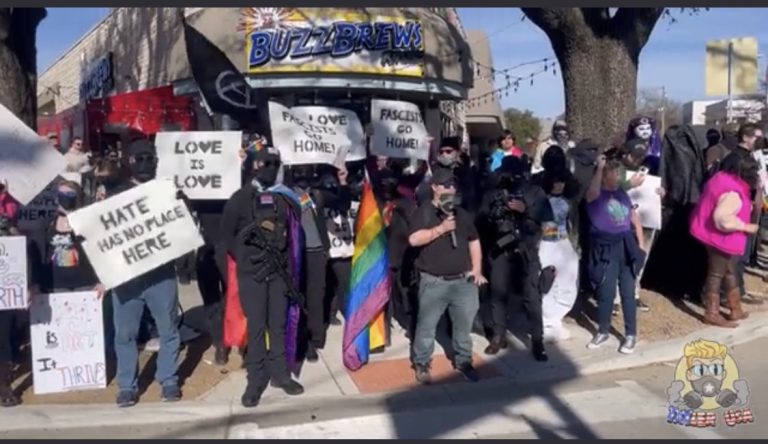 Independent Journalist Tayler Hansen exposed the event over the weekend that was held at BuzzBrews in Dallas Texas. The show opened with audio designed to mock those that are concerned that children are being sexualized and that are concerned that little children are allowed to be in attendance at shows where drag queens often talk about things like sex acts, as well as preform sexual dances.

On the audio you can hear a clip of Tucker Carlson talking about drag story hour. It includes reporters talking about “far right groups”. It also included audio trying to paint conerned parents protesting these events as “anti LGBTQ”. The audio ends with “Not backing down”.

It deserves mentioning again that this was a “All ages” drag show where little kids were in attendance. I think I speak for a majority of people when I say I don’t care what you do in your private life, as long as kids aren’t involved. If you want to attend drag shows, go for it. But when you are supportive of events like this, where little kids are in attendance, it crosses a line.

It also needs to be mentioned that at least two Dallas City Council members (Jesse Moreno and Paul Ridley) as well as State Rep Venton Jones were in attendance and spoke at the event in support of the event.

Outside of the event, armed ANTIFA, drag queens and parents with children were in the crowd, waving rainbow flags, holding signs with sayings that “drag is not inherently sexual” and “protect drag from fascists”.

This needs to end. There is no other way to describe this other than to call this for what this is and that is pure evil. Shows like these to be called out by everyone, whether you are straight or LGBT.

And especially if you are in the LGBT “community” like I am, and are disgusted by being used as a pawn for people to defend events like this and defend sexualizing children, you need to become vocal and denounce this. You must recognize this for what it is and take a stand.

All Posts »
PrevPreviousLibs of TikTok video shows a drag queen performing sexual dances at another “family-friendly” drag show in Texas
NextTwitter Files Part 14: The Russiagate lies and the fake tale of Russian botsNext