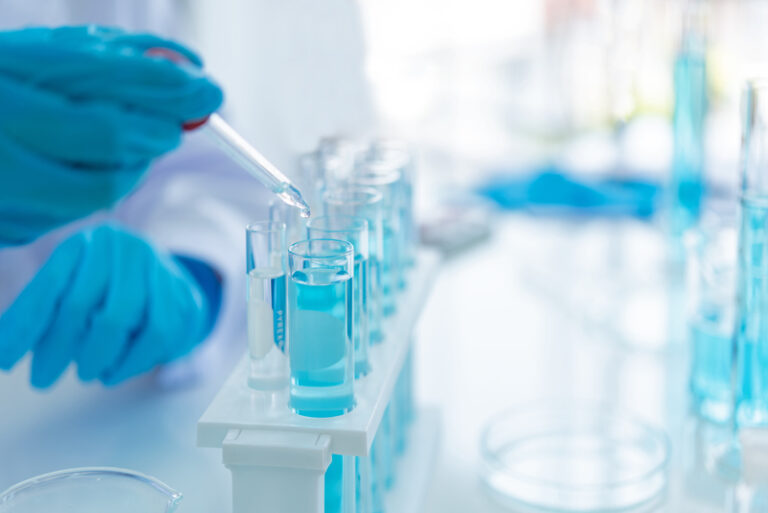 Anyone who has mentioned the lab leak theory (that is the theory that coronavirus somehow escaped from this lab in Wuhan, China) has been accused of being a “conspiracy theorist”. Claiming that on social media could get you banned. Dr. Fauci testified under oath that Senator Rand Paul had no idea what he was talking about when he mentioned that the US government was funding gain-of-function research. But the NIH has now admitted that yes, the U.S. was funding gain of function research in Wuhan, China.

All evidence points to this virus escaping from this lab in Wuhan, China. We were told that it came from a bat. Yet, after testing tens of thousands of animals, they can’t find the source of the virus. They have even tried infecting bats with the virus to see if they could catch it, and not a single one of the bats caught it. Researchers have no answer for this, other than that this virus was found in nature, being studied in a lab where they added spike proteins to it that made the virus possibly 10,000 times stronger than the virus that was originally found in bats, and that it somehow escaped from this lab.

Dr. Fauci’s first reaction when finding out about the pandemic wasn’t to protect the average person, it was to protect the people that were involved in the gain-of-function research, which I have explain in the past is highly controversial and dangerous.

December 31st 2019 was the official day of the pandemic, but like I explained yesterday, it actually began as early as September when there was a security breach at the lab in Wuhan, China. On that day we see emails starting between Dr. Baric and Peter Daszak. Peter Daszak was then talking to his sources in China and he was given off the record information that he was translating to Dr. Fauci’s NIH. All of the main players know that something is going on and they appear very concerned.

On January 31st 2020, Fauci emailed two colleagues, Jeremy Farrar and Kristian Anderson. Anderson is a California Virologist and Farrar is the Head of the Wellcome Trust, which is one of the largest health research groups in the world. Fauci forwarded them an article titled “Mining Coronavirus genomes for clues to the outbreak’s origin” that discussed all of their work with gain-of-function” research. The main topic of this article was investigating the origin of the virus.

Kristen Anderson replied to the email and stated that “I should mention that after discussions earlier today, Eddie, Bob, Mike and myself all find the genome inconsistent with expectations from evolutionary theory.” That means at the very beginning of this outbreak, all of the top players knew that this virus was likely made in a lab because it didn’t match what you would find in nature.

According to the NIH website, the virus was sequenced two days prior. All of the top players had the opportunity to analyze the data and the consensus was that this virus was manipulated in a lab and somehow escaped.

On February 1st, Fauci emailed his deputy, Hugh Auchincloss that “It is essential that we speak this AM. Keep your cell phone on…Read this paper as well as the e-mail that I will forward to you now. You will have tasks today that must be done.” The email that he forwarded was the same article that was forwarded the day prior. Fauci also added an attachment to the email to Auchincloss about gain of function research with the email subject line “important”.

Fauci and Auchincloss started panicking. They knew that gain of function research was taking place and Auchincloss wanted to know if they had any “ties to this work abroad”. According to Dr. Fauci’s NIH’s own website, they did. According to their own website, the NIH and USAID was funding EcoHealth Alliance that was funding gain of function research at this lab in Wuhan. Dr. Shi is even listed on the project.

On February 1st a meeting was called between all of the top players to discuss what the “next steps” are. They could have came clean but didn’t. Instead they chose to cover up the origins of the virus.

On February 3rd, President Trump’s Science Advisor Kevin K. Drogemeier asked the National Academies of Science “to rapidly examine information and identify data requirements that would help determine the origins of 2019-nCoV, specifically from an evolutionary/structural biology standpoint.” So he wanted an investigation focused not on just uncovering the truth but trying to prove that the virus didn’t come out of the lab. He wanted to be able to “more effectively respond to the outbreak and any resulting misinformation.” What misinformation was he referring to? This email chain kicked off right after the Mining Coronavirus genomes for clues to the outbreak’s origin” was sent just a few days prior so likely had something to do with that.

I want to stop here and say that there is no way that Trump knew that 2 of the top scientists (Drogemeier and Fauci) were colluding behind his back to push a false narrative about the virus being found in nature. All evidence points to Trump’s top science advisors withholding information from him to cover up that our government was funding gain of function research in Wuhan and that it escaped from the lab that it was created in. Trump has been claiming since March 2020 that he has seen evidence that the virus did escape from the lab. Of course this was outrageous that Trump would suggest such a thing and push “conspiracy theories” but all evidence points to the lab leak theory and all of the top scientists knew that from the very beginning.

24 hours after the email between Drogemeier and the National Academies of Science, the National Academies of Science responds to the President’s science advisor and claims that COVID is consistent with natural evolution. So almost everyone came to the conclusion that the sequence that was found could not possibly be natural but yet as soon as they meet they all do a 180 and come to the conclusion that the virus is definitely natural? They all knew that gain of function research was taking place and they all knew that this virus escaped from this lab, but instead of just coming clean and admitting that they made a mistake, they covered it up. Anyone who didn’t push this narrative that the virus was found in nature, would have lost all funding.

In August 2020, Peter Daszak and Kristian Anderson were rewarded with millions of federal funding from Fauci’s NIH.

And now the NIH wants another $9 billion of your money to continue doing the exact same thing that led to this.

Our government has been lying about all of this from the very beginning. They knew that this virus was manipulated in a lab to be far more deadly than what is normally found in nature. They knew that gain of function research was taking place and that the US was funding it, and yet Fauci lied under oath and insisted that it wasn’t. Top scientists colluded with each other to cover their ass instead of allowing themselves to be held accountable for a virus that they created and that they allowed to escape. Now, they are lying about the effectiveness of the “vaccine” and even changing the definition of “vaccine” because they know that this “vaccine” does not prevent you from getting the virus and that it only “may” reduce symptoms. That’s not a vaccine, that’s a therapeutic. And they lied about the effectiveness of things like Ivermectin to push a “vaccine” that the government is part owner of.

Subscribe to my free newsletter below so that you can continue to read stories like this that Big Tech doesn’t want you to be able to read.