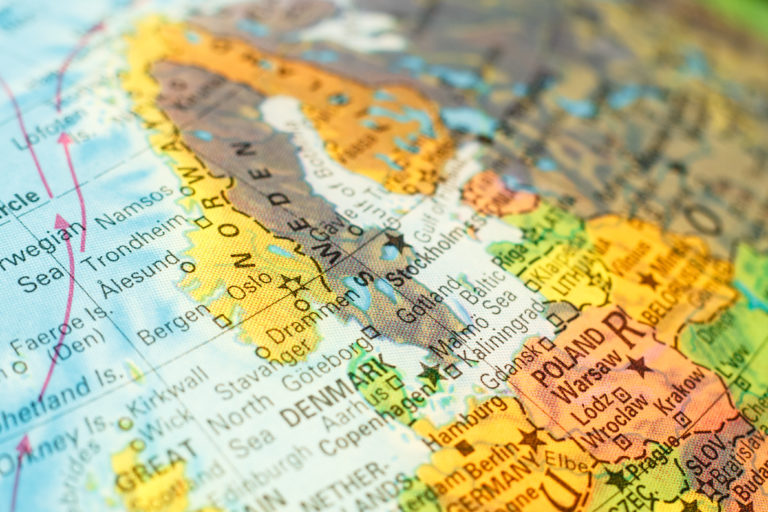 Socialists like Bernie Sanders, Elizabeth Warren, and Alexandria Ocasio-Cortez like to constantly tout that we need to be more like Scandinavian. Countries like Denmark, Finland, Sweden and Norway have some of the best healthcare in the world. In these Scandinavian countries, healthcare is free and if they could do it then there is no reason that the United States can’t do it. Not only are they offering free healthcare but they are thriving because of free healthcare and a whole host of other socialistic policies that the evil Conservatives say can’t be done here.

When you actually look into the facts, you get a much different picture then the fantasy that many on the left are trying to have you buy into. You discover countries that actually have more economic freedom then the United States currently does. These countries are thriving because of that freedom, not free healthcare, which by the way isn’t as free as the socialists would like you to believe.

In 2015, Danish Prime Minister Rasmussen stated that  “Some in the U.S. associate the Nordic model with some sort of socialism. Therefore I would like to make one thing clear. Denmark is far from a socialist economy. Denmark is a market economy.” While Bernie is trying to hold up Denmark as this great socialist country that we need to be more like, Denmark is trying to runaway from that label.

Now if Bernie Sanders and Elizabeth Warren would like to become like Scandinavia in those areas, I would agree with them. Let’s make it easier for Americans to start new businesses. Let’s make it easier for businesses to grow without the constant government overreach. Let’s not however, become like a country where healthcare is actually more expensive then the United States and where taxes are much higher to pay for that healthcare.

In the United States, consumption taxes, social security and payroll taxes make up just 10.6% of the GDP. In Denmark, those taxes make up 14.9%. It’s even higher in Norway at 22.3%. In the Netherlands it is 25.1% Even higher then that is Finland at 26.3% and Sweden at 27%. That’s pretty high for something that is free. And it’s not the wealthy that are stuck paying the bill. It’s the middle class.

These countries that the left likes to constantly hold up as this socialist paradise don’t actually exist, according to the authors of the JP Morgan report. In the report, JP Morgan’s Asset Manager, Michael Cembalest, cites several key things that he is looking for in comparison to the United States.

According to Cembalest,  “I couldn’t find any country that ticked all these democratic socialist boxes, but I did find one that came close; Argentina, which has defaulted 7 times since its independence in 1816, which has seen the largest relative standard of living decline in the world since 1900 and which is on the brink of political and economic chaos again in 2019…A real life proof of concept for a successful democratic socialist society, like the lost city of Atlantis, has yet to be found.”

In fact, none of these Scandinavian countries even have a medicare for all system. With the exception of Norway all of these countries require a co-pay. You also need to pay deductibles in all of these countries. So the fantasy of “free healthcare” doesn’t even exist in the socialist paradise of Scandinavia. While it is true that all citizens are technically covered in Scandinavia, it doesn’t mean that citizens have no out of pocket expenses. An emphasis also needs to be added to the term “citizen”. In these countries only citizens are covered. Undocumented immigrants and visitors are not. Another detail that the left seems to have forgotten to mention about paradise, while at the same time pushing for open borders.

In Sweden, between 1950 and 2005, there was zero economic growth. Zero. That doesn’t sound like the paradise that I was promised.

What leftist are pushing for has not successfully worked in a single country. The Scandinavian paradise doesn’t even exist. The closest we can come to what leftist are calling for is Argentina, and that is in the middle of a collapse. New England has discovered that free education is unaffordable and have now been forced to reverse that.

Progressivism is suppose to be all about progress which leaves me with one question: So  “Progress towards what?” It’s time that we stop buying the leftist talking points and actually look into the countries that they seem to be so fond of. We have a much higher chance of finding unicorns living in the lost city of Atlantis, then we do finding a country where Democratic socialist policies are actually working.

All Posts »
PrevPreviousShould You Have the Right to Defend Yourself in Court?
NextThe Impeachment Hearings: Starring the Know NothingsNext