CRT: A Virus Far More Deadly to Your Children 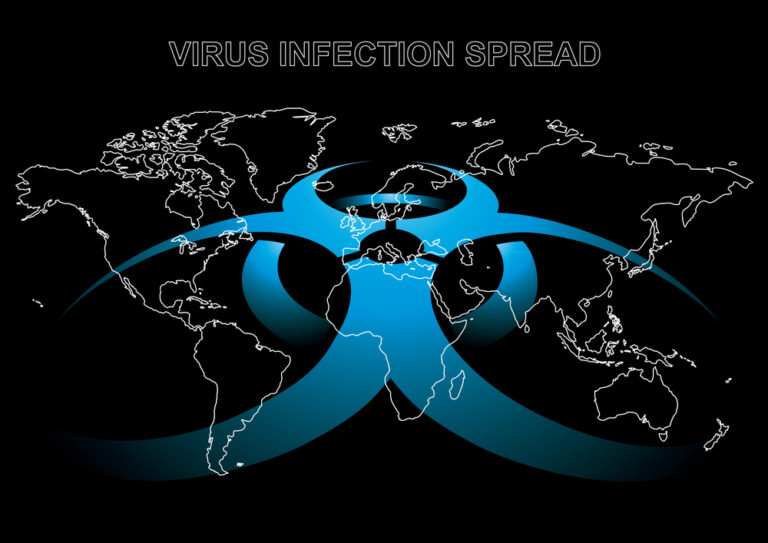 You must be informed with what is being taught in your children’s school and I would argue that you should consider withdrawing them from public school if you are able to. I don’t know why Conservatives are suddenly pushing for public schools to be reopened. Sure, the spread of COVID is almost non existent among school children but your child is being poisoned by something that is far more dangerous then COVID is to them and that poison is called Critical Race Theory.

Critical Race Theory isn’t something new. It’s been around since the 1930s when it was started in the Frankfurt School in Germany. At the time in Germany you had ideas like Marxism, socialism, Nazism, all of these ideas that one race or group of people is better then the other. When the Nazi’s rose to power, because they were National Socialists and these professors with Marxists, they escaped Germany and came to New York, where they started teaching at Columbia University.

This philosophy has had a very long time to take root in America and it is now being taught in your children’s school.

Critical Race Theory is meant to intentionally divide us based on race. It does the complete opposite of what Martin Luther King Jr. fought for. It teaches that it’s not your character that is the most important part about you, it’s your race. It teaches that showing up on time, being a person of merit, striving to be better then you were yesterday are all “whiteness”. It teaches that white supremacy “surrounds us and penetrates us…”

The Root recently published an article titled “Whiteness is a pandemic” and it describes “Whiteness” as being “a public health crisis. It shortens life experiences, it pollutes air, it constricts equilibrium, it devastates forest, it melts ice caps, it sparks (and funds) wars, it flattens dialects, it infests consciousness, and it kills people.” The article then ended with “White supremacy is a virus that, like other viruses, will not die until there are no bodies left for it to infect. Which means the only way to stop it is to locate it, isolate it, extract it, and kill it. I guess a vaccine could work, too. But we’ve had 400 years to develop one, so I won’t hold my breath.”

This philosophy is what is being taught in your children’s schools. This virus is going to be far more dangerous to your child and the country then COVID will ever be.

Critical Race Theory teaches that there are no universal truths. It teaches about western culture and destroys it, It teaches that man is not capable of ruling himself which is what this country was founded on.

This philosophy is not about creating a more equal society and fighting true racism. It’s about transferring power from the people they view as the white suppressors (which is everyone who doesn’t subscribe to their Marxist philosophy) and transferring that power to people of color and anyone who does subscribe to that way of thinking. It’s not as much about race as it is about power.

When I say they teach that everything about the Western way of life is rooted in racism I mean it. They go as far as to teach that Mathematics is “whiteness” and that 2+2=4 is racism and “reeks of white supremacy”, and that maybe it doesn’t equal what we all know to be the right answer, 4. Of course me claiming that makes me a racist because 2+2 does not equal 4, it can equal anything you want it to equal. Requiring a correct answer or for a teacher to ask that you show your work in math class is proof of white supremacy. Sounding a lot like George Orwell’s “1984” when he talks about there not being universal truths and specifically uses 2+2=4 as an example?

Some form of Critical Race Theory is likely already in your child’s school. You can’t just move to a Conservative state and think that your child is safe there because they aren’t. Some form of this is likely being taught there as well and it’s going to get much worse.

California is developing a new ethnic studies requirement that will be titled “Liberated Ethnic Studies”. As we have seen, these ridiculous beliefs don’t stay in California but quickly spread to the rest of the nation and it will.

This new Liberated Ethnic Studies teaches “narrative medicine” and “racial healing”. One of the writers of this curriculum was fired in 2018 from being a teacher after parents found out that she was a member of a Marxist organization that believes in “advancing Simon Bolivars dream of a unified continent”.

This new curriculum teaches teachers how to lead the classroom in clapping and chanting to 5 Aztec gods, which were traditionally worshipped with hundreds of thousands of human sacrifices. The students chant and ask the gods how to be warriors for social justice, a revolutionary spirit and for liberation, transformation and decolonization. You can’t teach Christianity in public schools but you will soon be able to teach this crap.

The Ohio school board recently passed a resolution to “require training for all state employees and contractors working with the Department of education to identify their own implicit biases”. Notice the word “implicit”. They are just assuming that you have racial biases.

Critical Race Theory isn’t as much about race as it is about Marxism and ending Capitalism. The World Economic Forum recently published an article titled “This is how systematic racism is hampering progress around the world” and declares that “Systematic racism continues to burden the United States, and Black Americans have borne the brunt of its legacy”. According to the World Economic Forum, wealth “needs to be more broadly redistributed” and that “capitalism as we know it needs to be reformed”. They go on to call for a merging of socialism and capitalism to “create a productive and inclusive economic and social model.”

A very deadly virus has been unleased in the public school system and it is spreading fast. You must start taking an active role in your child’s education and know what they are being taught. If you don’t I fear the damage is going to be irreversible. We will either save or lose this country with this next generation and time is running out.

Make sure to subscribe to our free newsletters so that you can continue to read stories like these that you wont here from the mainstream media.

I mentioned George Orwell’s “1984” and have been talking about this book for several months now because it explains everything that is going on. We are entering a time that Orwell warned about, where you are being told that there are no absolute truths, including something as simple as 2+2=4. They are even openly advocating for something similar to the “Ministry of Truth” that we saw in Orwell’s “1984”. This is a critical book that you must buy in paper in case it’s the next book to be banned.

For more on this story check out my article from a few months ago here:

Book Recommendation for May: “Faucian Bargain” by Steave Deace

In this book Steve Deace exposes the highest paid fraud in the federal government and how he has taken both sides of every issue since the beginning of this virus, from one extreme to another. Deace exposes the origin of the claim that this virus is similar to the flu (Hint: It wasn’t Qanon or anyone on the right) and how credible doctors with differing views of mask mandates, lockdowns, etc. are silenced if they don’t follow the narrative, even if they are claiming what Fauci originally claimed. This is a critical book that you must read so that you are prepared for when those in power try this all again, and they will try it again if they can get away with it.