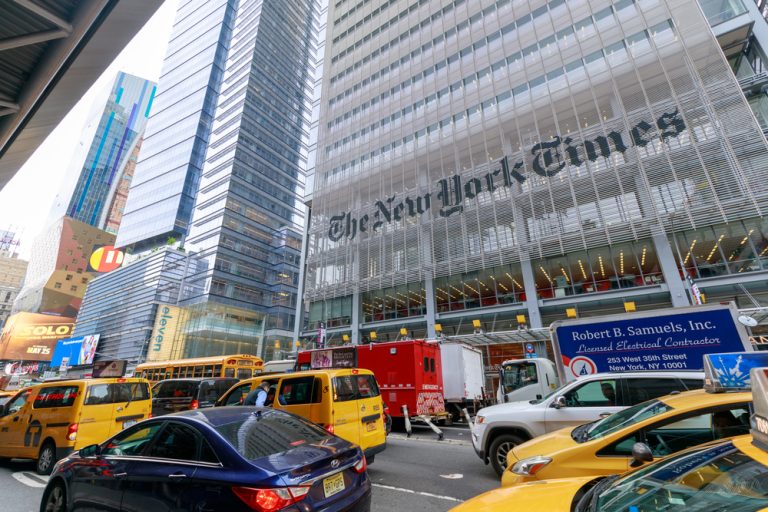 If you are someone that only follows leftwing media you were likely convinced that Hunter Biden’s laptop wasn’t real or was just “Russian propaganda”. But now that they are done with Biden and likely moving to try to take him down, the Left suddenly cares about this laptop “conspiracy theory”. If you’ve been following sources on the right like The Blaze, Daily Wire or the New York Post, you would have known about this laptop before the 2020 election, while the left was denying it.

After refusing to cover the laptop for more than a year, other than calling it propaganda, they admit that the laptop is real. According to the New York Times “People familiar with the investigation said prosecutors had examined emails between Mr. Biden, Mr. Archer and others about Burisma and other foreign business activity,” the Times writes. “Those emails were obtained by The New York Times from a cache of files that appears to have come from a laptop abandoned by Mr. Biden in a Delaware repair shop. The email and others in the cache were authenticated by people familiar with them and with the investigation.” Isn’t this what those of us on the right have been saying since 2020?

The story doesn’t end there though. It gets even worse.

In October 2020, the Times casted doubt that there was a meeting between Joe Biden and an official from Burisma, the Ukrainian gas company for which Hunter was a board member.  “A Biden campaign spokesman said Mr. Biden’s official schedules did not show a meeting between the two men,” the Times wrote. But they have now reversed that position and claimed that the meeting likely did happen and that Biden did attend the dinner in question.

Social media even got on board and started suspending people and organizations like the New York Post for writing about this laptop that was “Russian disinformation” and a “conspiracy theory”, because again, they weren’t interested in discovering the truth. It was easy to verify, and many organizations like the New York Post did verify that the laptop was real in 2020, but Twitter wasn’t interested in it.

Even CNN’s Brian Stelter has now admitted that the laptop is real and poses a very serious problem for the President heading into 2024. Even Stelter admits “This is not just a right-wing media story” after claiming that it was.

I mentioned at the beginning of this article that they are likely done with Biden. He served his usefulness and they know they can’t have him run for re-election so now you are going to see sites like the New York Times, CNN and members of his own party finally start exposing the Biden family, and start admitting stuff that they denied while Biden was running for President. The calls for him to resign, or at the very least not run for re-election, are going to get louder and louder, and a lot of the leaks are likely coming from his own party.

Subscribe to my free newsletter below. This email goes out every Wednesday and Friday afternoon, and includes my latest articles, as well as several other important stories that I think you should know about.

All Posts »
PrevPreviousHow the “Inflation Reduction Act” Will Impact You
NextLatest News on the Mar-a-Lago Raid and Questions that Must be Asked.Next