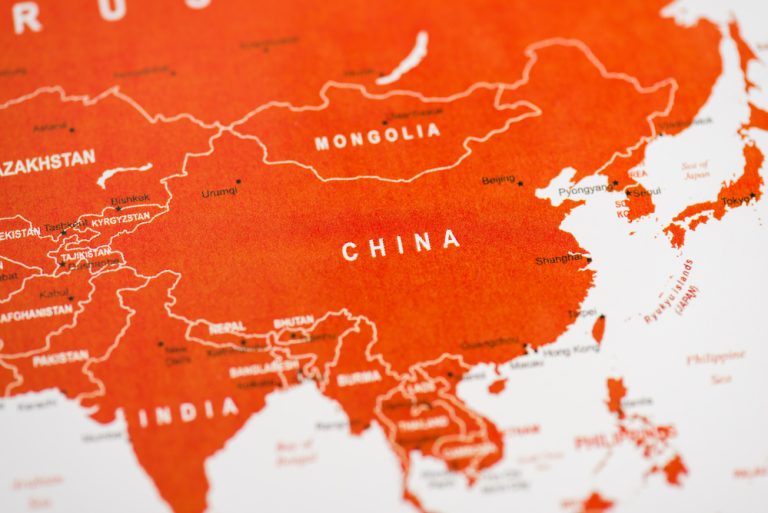 The Chinese Communist Party’s (CCP) has now acquired 96 ports around the world. They now own ports throughout the Middle East, Europe and Central America.

Jan Ninnemann, a logistics professor at the Hamburg School of Business Administration told Newsweek, “There is a high strategic dimension to taking a stake in a terminal,” such as, having a say over which ships come and go, when cargo is loaded and unloaded, and where it goes.

China is now targeting Hamburg Germany and is seeking to acquire a 35 percent share in operations in Container Terminal Tollerort in Hamburg.

China is playing the long game by acquiring these ports and could serve to be strategic if a war ever broke out with China. China’s control over these ports could allow them to determine which ships are able to deliver goods and could also allow China to install devices to access local government administrations.

If war ever did break out with China, China would have incredible power where they wouldn’t even need to use their military to cause significant problems.

“You can track the whereabouts of ships and communications. Once you own and operate the port site, these are very easy to do. You can do whatever you want. You are the landlord there,” according to Eyal Pinko, a former Israeli intelligence officer, in an interview with Voice of America.

According to CCP, the Chinese ocean shipping fleet is a “moving territory” and “fortresses of warfare.”

According to a report published in October 2021 by Guangming Daily, COSCO (China Ocean Shipping) was established in 2016 in accordance with “the implementation strategy of the major decisions of the CCP Central Committee” and was one of the first enterprises to include the requirements of the CCP leadership and guidelines in the company’s articles of association. It has 205 Party committees and 144 Party branches, claiming its fleets are the “floating homeland” and that the CCP organization is its soul.

“With a Party organization on board, each ship has become a strong fortress of war,” the company claims.

Among them, there are 29 Party members in COSCO Houston, 23 in COSCO New York, 42 in COSCO France, 24 in COSCO Holland, and 64 in COSCO Piraeus, according to the Epoch Times.

The news gets even more disturbing. China is now buying up massive amounts of land in the U.S. near military bases.

In 2021, Shandong-based Chinese food processing leader, Fufeng Group acquired 370 acres of farmland north of Grand Forks, North Dakota. The base is known for it’s top secret drone technology and this land purchase was less than 20 miles from the base.

GH American Energy, a subsidiary of China-listed GH Energy, has been buying up large tracts of land in Ball Verde County, Texas, to build wind power plants, one of which is less than 20 miles from Laughlin Air Force Base. The owner of GH Energy, Sun Guangxin, is the richest man in Xinjiang, and served in the People’s Liberation Army for nearly 10 years. This tract of land amounts to 130,000 acres and even includes it’s own runway. Reports are that the current runaway is about 5,000 feet with potential plans to expand that to 10,000 feet long.

The Chinese technology company Huawei has also recently made a large land acquisition that included building cell towers near U.S. military bases in the rural Midwest. The FBI investigated and found that equipment atop the tower could capture and disrupt Defense Department communication, including those from Strategic Command, which is in charge of overseeing U.S. nuclear weapons.

In 2017, China was also planning to spend $100 million to build a Chinese garden including a pagoda at the National Arboretum in Washington D.C. The Pagoda was going to be built at one of the highest points in D.C., just two miles from the U.S. Capitol, which would have made it easy to gather intelligence.

All Posts »
PrevPreviousHomebuilder sentiment drops to half of what it was six months ago
NextBiden Asks Officials To Prep For Possibility Of 2008-Level Financial Crisis: REPORTNext