Bill Gates says Russian invasion of Ukraine will be ‘good for the long run’ because it will force countries to transition to green energy, praises ESG investments 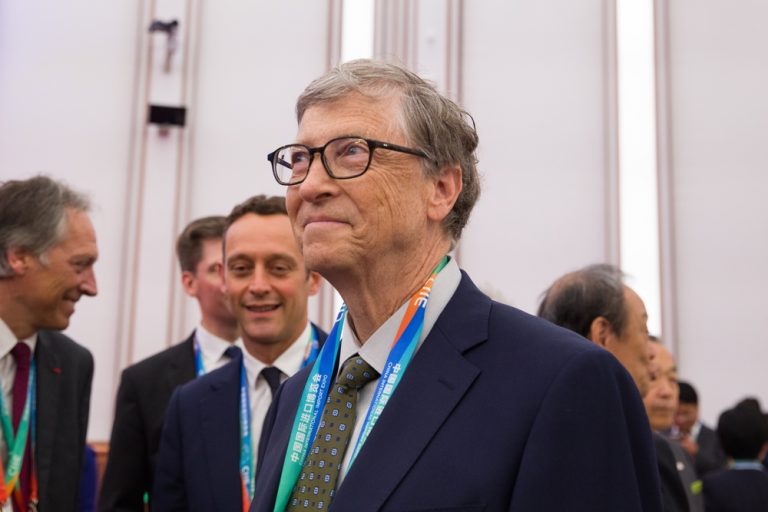 Bill Gates appeared on CNBC’s talk show “The Exchange” last week where he declared that the Russian invasion of Ukraine will be “good for the long run” because it will force European nations to embrace renewable green energy.

Gates also praised efforts to push ESG, which stands for Environmental, Social and Governance. This will end up being a social credit score where consumers and businesses will be rated on things like how much meat they eat, what they drive, how diverse their board is, what companies they invest in, etc. If their score is too low, they are going to have a hard time getting things like a loan. If they do business with a company with a low ESG score, their score is going to be negatively impacted as well.

You are also going to have a very hard time buying a non electric vehicle after 2030, because ESG and the Great Reset aims to eliminate fossil fuel and other activities that they deem to be harmful to the environment. This is going to effect everything from what you buy to what your drive to how you eat your home to how farms operate.

“The ‘E’ part — lot of controversy, but there is a way to measure it, and it should be one of the factors people look at when they invest in companies,” Gates said of the environmental aspect of ESG.

Gates praised BlackRock CEO Larry Fink and claimed that Fink is a “great example of private-sector leadership” in regard to climate change policy.

“Anyone who says that climate shouldn’t be a factor in how you evaluate the future of a company – that’s not capitalism,” Gates claimed. “Because companies that have emissions, they are going to be subject to border adjustment tariffs or taxes. If you’re dealing with severe weather events, that’s got to be factored in.”

Blackrock is the largest investment firm in the world and the main financier of ESG.

“You know, it’s a setback, you know, we need to find non-Russian hydrocarbon sources to substitute for those. So there’s coal plants running and variety of things because you know, keeping people warm, keeping those economy’s in decent shape is a priority,” the Microsoft co-founder said on Tuesday.

“Now, on the other hand, it’s good for the long run because people won’t want to be dependent on Russian natural gas,” Gates told CNBC’s Diana Olick. “So they’ll move to these new approaches more rapidly.”

During the Breakthrough Energy Summit in Seattle last week, Gates said, “The ultimate measure of success is global greenhouse gas emissions: We need to go from 51 billion tons a year to zero in the next three decades.”

All Posts »
PrevPreviousABC News Reporter Writing Book On Biden’s Afghanistan Disaster Vanishes After Being Raided By FBI: Report
NextEgypt to develop new currency indicator to wean people off U.S. dollar. What that means for youNext