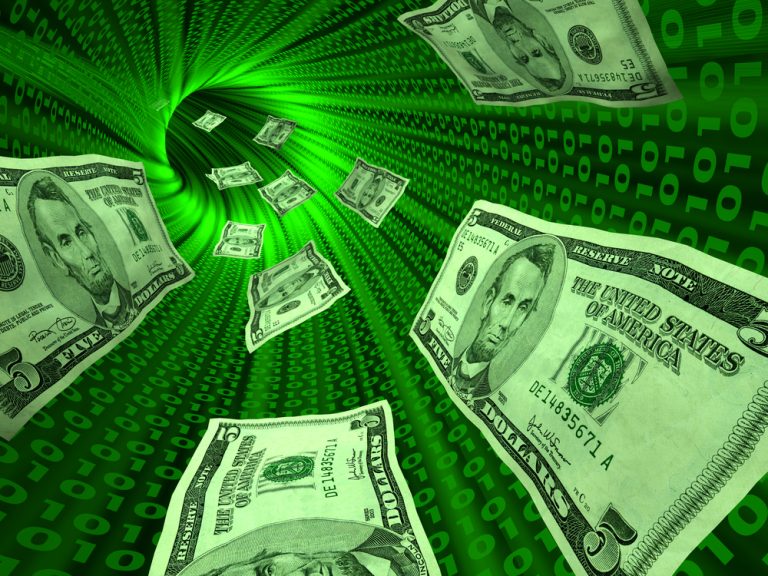 Last Wednesday, Joe Biden issued an executive order to ‘study’ the risks of cryptocurrency. If you are paying any attention to the news you know that they have been studying cryptocurrency and have been hinting for months that they are moving towards taking aim against cryptocurrencies. What this order did is basically just kicked the can down the road so that they could prepare the soil for more regulations on crypto. But there was something else hidden in that executive order that isn’t receiving nearly as much attention and that is the move towards a digital dollar that will be controlled by the Federal Reserve.

I don’t know how anyone can argue that the Great Reset is a “conspiracy theory” at this point. In 2020 it was a “conspiracy theory”. But you are now seeing every part of the Great Reset playing out daily. And a big part of that is the move towards a digital dollar where the government will get to decide where you spend your money and even redistribution of wealth which would be very difficult to do otherwise.

I have been warning about this for awhile. Last May, I published an article warning that the Fed was moving towards creating a digital dollar and Biden’s executive order just took a giant step towards that. They have been studying a move towards a digital dollar for awhile but now they are no longer just moving towards that, they are running towards it with “urgency”. In that article I stated that this new dollar could be implemented before the 2022 election and there’s a good chance that we could come very close to that becoming reality.

So what does that mean for you? Well, this new digital currency would be run by the Federal Reserve. That means your money can be tracked, controlled and manipulated however they see fit. They don’t like that you are using your money to buy a new gun? They’ll just step in and prevent you from doing so. They don’t like that you donate to Conservative causes or candidates? If they control the money that means they get to control what you get to do with the money so you are going to have a very difficult time to make that donation. A price of a certain good skyrocketing due to shortages? They’ll be able to step in and tell you that you can’t buy that product or you can only buy a certain amount of that product until things return to normal. Gas prices just hit $6 due to a “crisis”? They’ll be able to step in and say that only the people most essential to the economy get to buy gas this week. It sounds crazy but that’s what’s coming.

According to Biden’s executive order, one of the six key priorities of this study is going to be to “Promote Equitable Access to Safe and Affordable Financial Services by affirming the critical need for safe, affordable, and accessible financial services as a U.S. national interest that must inform our approach to digital asset innovation, including disparate impact risk. Such safe access is especially important for communities that have long had insufficient access to financial services.  The Secretary of the Treasury, working with all relevant agencies, will produce a report on the future of money and payment systems, to include implications for economic growth, financial growth and inclusion, national security, and the extent to which technological innovation may influence that future.”

This is exactly what I warned was coming in my article from last May. Redistribution of wealth based off of if they deem that you are in an oppressed class. The more diversity boxes you can check off, the better your conversion rate is going to be when you switch over to the new digital dollar, and you will be forced to comply. If you are a straight, white, upper class American you might get 75 cents for your $1 dollar. If you are a transgender black woman who is middle class, you might get $1.10 for every $1 you trade in.

It sounds crazy but it wouldn’t be the first time that the Federal government offered a conversion rate where a majority of the people got screwed.

According to a Senior official with the Biden administration “we can move quickly, but we can also move in a way that’s smart and that’s inclusive of the stakeholders both within our government and certainly outside our government.” The key word in that quote is “Stakeholders”. That comes directly from the World Economic Forum and the Great Reset.

You are already seeing the destruction of the dollar and it is going to get much worse over the next few months. You think inflation is bad now, just wait until you see what it’s like six months to a year from now. They aren’t even trying to hide what they are doing now. You need to start contact your representatives and urge them to pass laws that prevent the implementation of things like ESG. And you need to prepare financially for what is coming.

Subscribe to my free newsletter below so that you don’t miss any future important stories. This newsletter goes out every Monday and will include any articles that I published the previous week along with any other story that I think is important to know about.