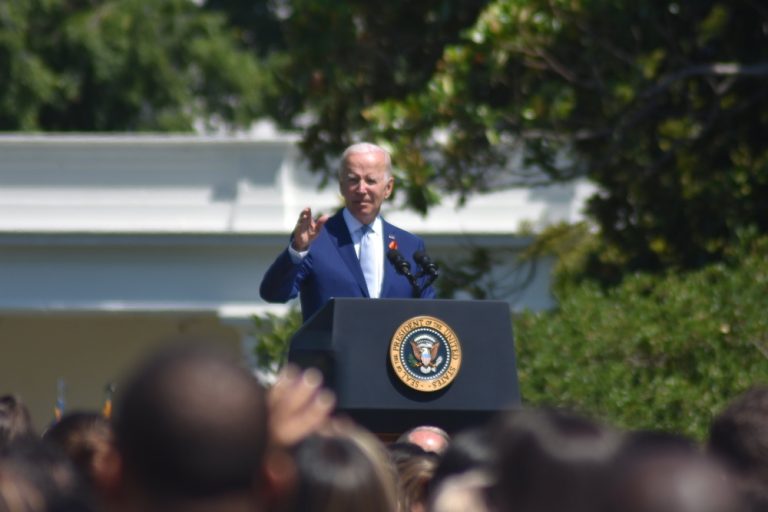 President Biden has asked members of the administration to estimate the chances that the U.S. will undergo a 2008 financial crisis and prepare, according to a report released this week from the New York Times.

Biden has been saying publicly that there is no recession coming and that the economy is “strong as hell” but behind the scenes they seem to be having a very different discussion. Biden has reportedly held several meetings in recent weeks, focused on rapidly growing economic issues around the world, particularly the collapse of Great Britain.

Biden administration official did note that there was no imminent signs of a crisis in the U.S., citing the strong labor market as one example, but that a collapse could be devastating. Several officials cited the rapidly rising interest rates as the main reason for a potential serious economic collapse.

Interest rates are likely to rise much further after yet another inflation report came in hotter than expected. With inflation continuing to run above 8% and at a 40 year high, peak interest rates projections continue to rise rapidly. Another 75 basis point hike is expected when the Fed meets in early November and it’s becoming increasingly likely that another 75 basis point hike will be announced at their December meeting.

“Experts” have been slowly backing away from their claims that they expect a “soft landing”. Federal Reserve Chairman Jerome Powell claimed that he expects a soft landing just a few months ago but is now claiming that a soft landing will be  “very challenging” but that getting inflation down to the Fed’s targeted rate of 2% is the main priority.

“The chances of a soft landing are likely to diminish to the extent that policy needs to be more restrictive, or restrictive for longer,” he said. “Nonetheless, we’re committed to getting inflation back down to 2%. We think a failure to restore price stability would mean far greater pain.”

“We have got to get inflation behind us,” Powell said. “I wish there were a painless way to do that. There isn’t.”

“With the new rate projections, the Fed is engineering a hard landing – a soft landing is almost out of the question,” said Seema Shah, chief global strategist of Principal Global Investors. “Powell’s admission that there will be below-trend growth for a period should be translated as central bank speak for ‘recession.’ Times are going to get tougher from here.”

On Thursday Philadelphia Federal Reserve President Patrick Harker said that interest rates are not working to bring down inflation yet and that rates will continue to increase for awhile.

“We are going to keep raising rates for a while,” the central bank official said in remarks for a speech in New Jersey. “Given our frankly disappointing lack of progress on curtailing inflation, I expect we will be well above 4% by the end of the year.”

“Inflation will come down, but it will take some time to get to our target,” Harker said.

Bloomberg announced this week that economists Anna Wong and Eliza Winger now put the chances of a recession before October 2023 at 100%.