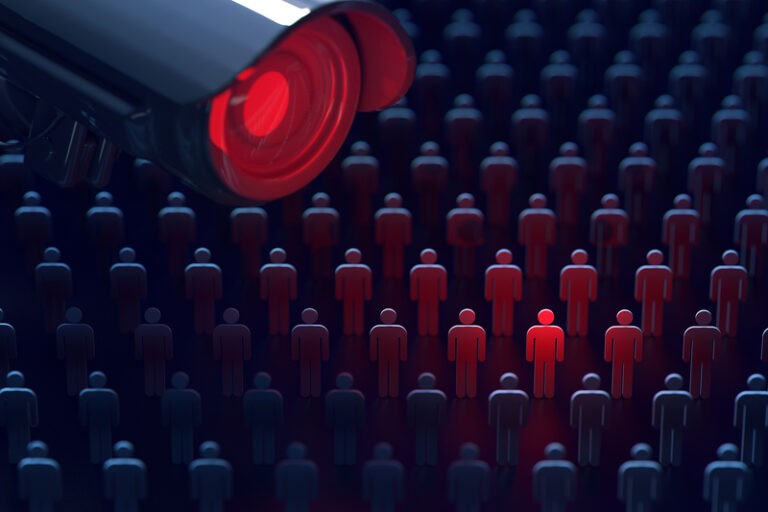 Under President Woodrow Wilson, the Justice Department formed what was known as the American Protective League. This new league was designed to allow the Justice Department to root out those that were helping the enemy, the Germans. They listened in on the phone calls of American citizens and even went through their mail. By 1918, this new department had grown to 200,000 US secret agents. 175,000 American citizens ended up being arrested under this new government agency, for nothing more than criticizing the agency.

History doesn’t just repeat itself, history is repeating itself right now. Back in April we found out that the US Postal Service is running a ‘Cover Operations Program’ that monitors Americans social media posts. Why exactly does the Postal Service have an intelligence arm that monitors the social media posts of private citizens? What does that have to do with delivering the mail?

According to yahoo news, “analysts trawl through social media sites to look for what the document describes as “inflammatory” postings and then sharing that information across government agencies”, including the Department of Homeland Security. Yahoo News Obtained a Government bulletin that states that ICOP analysist (Internet Covert Operations Program) had been targeting “right-wing leaning Parler and Telegram accounts”.

The Post Office isn’t the only government agency spying on private citizens. According to the National Strategy for Countering Domestic Terrorism released in June by the White House, there are four pillars of action that the government plans to take against those they deem to be “domestic terrorists”.

Pillar One: Understand and share domestic terrorism- related information. The threat of White Supremacy is so great in America apparently that the government needs outside help to fight it. According to the Strategy document, the “department of Homeland Security will introduce a new systematic approach for utilizing pertinent external, non-governmental analysis and disinformation that will provide enhanced situational awareness of today’s domestic terrorism threat.” So the government is now going to use private sector informants to spy on citizens in areas where the government isn’t allowed to themselves.

Just weeks after the White House released this warning, coincidentally, Facebook users started seeing messages warning about “extremist content” and some users received messages asking “Are you concerned that someone you know is becoming an extremist?” Some got a message saying “Nathan, you may have been exposed to harmful extremist content. Violent groups try to manipulate your anger and disappointment. You can take action now to protect yourself and others.” Protect myself from what exactly? Thought crimes? Protect myself from someone that has a difference of opinion?

It wouldn’t take much for the Pentagon’s new category for “patriot” extremism to evolve into something that flags a lot of innocent people who hold Conservative viewpoints.

The Left believes that anyone who is a Conservative and unvaccinated is a threat to national security. Just read any of the comments on any post regarding the vaccine or Covid restrictions or turn on MSNBC or CNN and they make it clear.

Even the Surgeon General has come out and issued an advisory stating that “health misinformation is a serious threat to public health” and that there needs to be “clear consequences for accounts that repeatedly violate platform policies.”

Pillar Two for the National Strategy for Countering Domestic Terrorism document is “Prevent domestic terrorism recruitment and mobilization to violence”. This pillar includes preventing “individuals from being drawn into the grip of domestic terrorism in the first place”.

Just weeks after this document was released, the FBI tweeted out that “Family members and peers are often best positioned to witness signs of mobilization to violence. Help prevent homegrown violent extremism. Visit this link to learn how to spot suspicious behaviors and report them to the FBI” Just to remind you once again that the government has an “evolving” definition for extremism. Starting to sound like George Orwell’s 1984 to anyone?

They are even informing us that the “Department of Justice is examining carefully what new authorities might be necessary and appropriate” because apparently the post office forming an intelligence arm to spy on your social media posts isn’t enough yet. But it gets worse.

Pillar Three of the document is “Disrupt and deter domestic terrorism activity”. “They are going to start disrupting the finances of anyone they deem to be a “domestic terrorism” and again there’s no set definition on what that is exactly. According to the document, “the department of the treasury, in coordination with law enforcement and other interagency partners, is exploring ways to enhance the identification and analysis of financial activity associated with domestic terrorists…as well as enhancing engagement with financial institutions on domestic terrorist financing including through existing provisions of the Bank Secrecy Act.”

Of course they don’t tell us specifically what they are planning to do with the finances of those they deem to be “domestic terrorists” but if it’s anything like what they’ve been doing we have a pretty good example.

In June, Judicial Watch sued the FBI for records on alleged transfer of bank financial data of every person in the Washington D.C. area on January 6th. You didn’t even have to take part in the violence at the Capitol, or even be at the rally at all.

Bank of America reportedly snooped through the accounts for hundreds of people and gave the FBI their financial records for customers that made transactions in Washington DC on January 5th and 6th, including hotel reservations and airline reservations that were made for DC and the surrounding areas. These people weren’t even convicted of a crime and again they didn’t even have to attend the rally at the Capitol but still they are being treated as “domestic terrorists”.

Judicial Watch is seeking a FOIA request to find out if other banks are also snooping through customers accounts of those that were in DC on January 6th, but in June the FBI told the Justice Department that the request was “too broad” and asked for “further clarification and/or narrowing” of the request. Seems like a pretty simple request that Judicial Watch made but they complied anyways and the FBI responded with that they “can neither confirm nor deny the existence” of any such record.

Even without pressure from the government, multiple financial institutions are rushing to disrupt the financial activity of those that they disagreed with so it’s very reasonable for Conservatives to be concerned about what this leads to and will they be effected next.

A new budget proposal by the Democrats would increase the IRS budget by a third each year over the next 10 years and allow the IRS to hire thousands of new agents to recover the $1 trillion in uncollected taxes that the IRS believes is out there. After living through the Obama administration and them targeting Tea Party groups and other organizations, which even the New York Times admitted “crossed the line”, we have a good idea of where this is headed.

In May of this year, the IRS denied a Christian group tax exempt status because their values were too Republican. The group “Christians Engaged” trains Christians on how to engage in America’s civic process. They were disqualified for a 501c3 status because they “educate Christians on what the bible says in areas where they can be instrumental including the areas of sanctity of life, the definition of marriage, biblical justice, freedom of speech, defense, and borders and immigration, U.S. and Israel relations. The bible teachings are typically affiliated with the Republican Party and candidates”, according to the the letter they received from the IRS.

Congress is even now considering putting the government in charge of credit scores and their are currently bills in the House would create public credit registries.

The Supreme Court recently ruled that they would allow a lawsuit against TransUnion to proceed after a California man was denied being able to buy a car after his name turned up on a list of suspected terrorists. 1800 people ended up joining this lawsuit because they were also wrongly accused of being suspected terrorists. Imagine what would happen if a government agency screwed up this much and had every government agency behind them? Where would you go to have your name cleared?

Pillar Four is “Confront Long-Term Contributors to Domestic Terrorism”. Of course no document is complete in 2021 America without calling out the “violent white supremacy” and “violent anti-government ideologies”, which of course they don’t care to cite any examples in the document.

This step includes “ensuring that domestic terrorism threats are properly identified and
categorized as such and addressed accordingly”. ” These efforts speak to a broader priority: enhancing faith in government and addressing the extreme polarization, fueled by a crisis of disinformation and misinformation often channeled through social media platforms, which can tear Americans apart and lead some to violence”. The White House makes clear that they are going to accelerate efforts to counteract the impact of “dangerous conspiracy theories”.

This is going to continue to get worse and worse. Those who are awake don’t recognize their country now and six months from now it’s going to be significantly worse. We are headed down a road where anyone who disagrees with the government are and will be de-platformed, could see their bank accounts erased because they were falsely accused of being a “domestic terrorist” and an “extremist” and I wouldn’t be surprised if people start getting arrested just for criticizing the government. If you have read George Orwell’s “1984” recently you now exactly where we are headed.