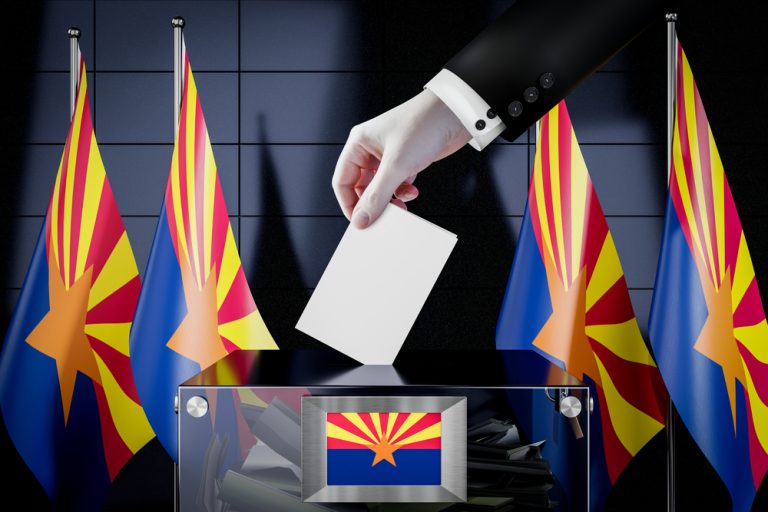 This week it was declared that Katie Hobbs overtook Kari Lake to be the next Governor of Arizona as well as Blake Masters losing to current Senator Mark Kelly.

Arizona is the perfect example of a corrupt state when it comes to elections. Katie Hobbs, current Arizona Secretary of State, was allowed to oversee an election that she was running in during her campaign for Governor.

On November 17, 2021, Meg Cunningham from the Kansas City Beacon tweeted that Richer, “the Maricopa County recorder, is launching a PAC to support Rs running for non-federal AZ offices who ‘acknowledge the validity of the 2020 election and condemn the events of Jan. 6, 2021, as a terrible result of the lies told about the November election.'”

Richer retweeted her saying, “Thanks to a few generous donors this is now launching. Join me if you care about traditional Republican ‘stuff’ (free people, free markets, rule of law), but also don’t believe in conspiracies about the 2020 election or that Jan 6 was a tourist event.”

The PAC called Pro Democracy Republicans of Arizona claims on their website that they are “fighting to keep our democratic institutions alive.”

Their website states that “The Arizona election wasn’t stolen (referring to the 2020 Presidential election). We Republicans simply had a presidential candidate who lost, while we had many other candidates who won.”

“Candidates come and go,” it continues. “But our democratic institutions are long-lasting, and peaceful transitions of power are a hallmark of the United States. We should not abandon this history in favor of conspiracy theorists and demagoguery.”

Talking about the launch of the PAC Richer told the Arizona Mirror, “Obviously, there are some Republicans who have courageously stood up and acknowledged the truth, and there are others who haven’t. We would be supporting the former.”

“We know that there’s a pot of gold at the end of the rainbow if you indulge some of these fantasies and some of these lies, and I think, quite frankly, that has motivated some of these speakers to be especially loud about it because they get rewarded in either Twitter followers or financial contributions from across the country,” Richer added. “So, this is my effort to at least reward or incentivize people to do the right thing, the responsible thing.”

Richer also claimed that he didn’t think his involvement was inappropriate.

Subscribe to my free newsletter below so that you never miss an important story from levimikula.com. This email goes out every Wednesday and Friday.

All Posts »
PrevPreviousMcConnell survives first challenge in 15 years; Rick Scott out of leadership after challenge
NextCalls heat up for the Fed to back off quest for 2% inflationNext