40 Percent of Manufacturers Warn Supply is ‘Too Low’ 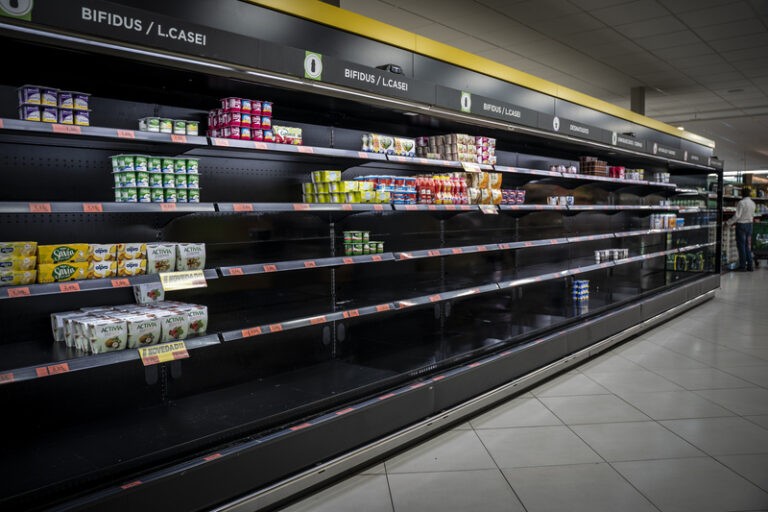 Consumer goods prices have now risen by 9.4% within the last year, due to supplies running very low ranging from paper products to food. Supplies are running so low that companies are now cutting back advertising because of how low their product is getting. According to the Institute for Study Management, 40% of manufacturers are reporting that their customer inventories are ‘too low’.

These shortages are going to soon become reality for almost everything. As I reported a few weeks ago we are already seeing a semiconductor shortage that is now at a ‘crisis point’ (https://levimikula.com/semiconductor-shortage-reaches-crisis-point-how-it-will-effect-you/) . Now we are starting to see shortages in almost everything ranging from paper products to food. You need to prepared for what’s coming because gone are the pre-COVID days where you are going to be able to just go to the store and find anything you want. It’s going to be a very long time before we fully get back to normal and things are going to soon become much worse.

So why is this happening? Part of it is because of the initial outbreak of COVID and businesses shutting down for a few weeks when a outbreak was discovered at their establishment. But the much bigger issue we are now seeing is that people don’t want to go back to work because they are making sometimes 80-90% of what they were making now on unemployment.

We are headed for a crisis point if this keeps up much longer and sadly it’s looking like it will. Expanded unemployment benefits are in effect at least through September 6th 2021, and this includes an extra $300 per week in extra compensation under the American Rescue Plan. I wouldn’t be surprised if congress votes to extend this or passes another stimulus giving people even more money by then. We can’t keep this up. The system is beginning to break down and it’s going to get a lot worse quickly.

Inventories are now getting so low because they can’t find anybody to work. Farmers need people to pick the produce. Factories need people doing their job packing things like meat. Truck drivers are in short supply and that is getting worse. Ports are congested. Food workers are suppose to social distance, despite being first in line to get the vaccine. Plants are still shuttered or operating at a reduced capacity. And they aren’t able to hire people because no one wants to work because of our out of control welfare state and insane unemployment benefits and trillion dollar stimulus bills.

40% of small businesses are struggling to fill positions, even after offering wage increases.

We can’t continue down this path and not collapse. Under the current system, you can earn $1,100 in one week on unemployment in Massachusetts. If you were working a $15 per hour job you would make a little over half of that. You can’t have a system where people are earning 80-90% or more of what they were earning working full time and not expect a collapse of the supply chain and eventually society.

I have been warning for awhile now that despite what the media is claiming, we are not on a good path. The economy is no where near as good as you are being told by the corporate media. Sure, the stock market is at record highs, but why? Because so much stimulus money is being pumped into the markets. This is unsustainable and at some point, I would expect within the next year or two, things are going to collapse and as we know from history, when collapses start they happen fast and bubbles usually burst in half the time that they took to create.

As I have been saying for a few years now, you must prepare. You must do whatever you can to get out of debt, and use that extra money stocking up for dark days because really dark days are coming very soon.

All Posts »
PrevPreviousWhat You Need to Know About Event 201: A Global Pandemic Exercise
NextThe Unprecedented Moves That the Banks Are Making and What is to ComeNext